Let Them Eat Wedding Cake: The Supreme Court Rules in Favor of Colorado Baker (But Only Him) 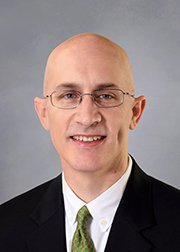 Justice Kennedy (who authored the 5-4 Obergefell opinion recognizing constitutional protections for gay marriage) strikes again authoring the majority opinion on the long-awaited Colorado baker and gay wedding cake case.1 While many were looking forward to the Supreme Court addressing the issue of conflicting interests (gay rights versus free exercise of religion), the Supreme Court side-stepped this issue and resolved this particular case in such a way that it will have little impact on other cases in the future. Justice Kennedy was joined by six other justices with two justices dissenting, making the opinion a 7-2 split.

This case involved a Colorado baker who refused on religious grounds to bake a cake for a gay wedding. The gay couple filed a charge against the baker alleging discrimination on the basis of sexual orientation under the Colorado Anti-Discrimination Act. The Commission found that the baker discriminated based on sexual orientation. Justice Kennedy recognized that this case raised a difficult issue regarding the balance of the protection of “the rights and dignity of gay persons” versus “the right of all persons to exercise fundamental freedoms under the First Amendment.” Unfortunately, the Court did not resolve this dilemma. Yes, the ruling was a big win for a Colorado baker, but not a big win for the conservative right or liberal left as some had hoped.

The Court held that the Commission’s treatment of the baker violated the State’s duty to refrain from enforcing laws with hostility toward religion. The Court focused on hostile statements made toward the baker during the State Commission’s formal hearing to determine if the baker had discriminated against the gay couple in violation of Colorado law. The commissioners endorsed the view that religious beliefs cannot legitimately be carried into the public sphere. Another commissioner suggested that the baker can believe “what he wants to believe,” but cannot act on his religious beliefs “if he decides to do business in this state.” This hostility was contrasted with the Commission’s inconsistent treatment allowing other bakers in Colorado to refuse service to patrons who wanted wedding cakes with an anti-gay message. As such, the Court held “the Commission’s treatment of [the baker’s] case violated the State’s duty under the First Amendment not to base laws or regulations on hostility to a religion or religious viewpoint.”

The unfortunate result of this ruling is that the Court found unconstitutional conduct in the manner in which the Commission implemented the law as opposed to the law itself. Rather than decide whether First Amendment rights must give way to the right to not be discriminated against based on sexual orientation, the Supreme Court focused on the manner in which the Commission implemented this law. While this focus is disappointing, it is not surprising from a legal standpoint. Courts of appeal throughout this nation will frequently resolve an issue using the path of least resistance principle. For example if there is a threshold procedural issue (Did the party timely file their appeal?) and a substantive issue (Was their evidence to support the verdict of murder?), most courts will resolve the entire appeal on the threshold procedural issue without addressing the substantive issue. It is the simplest and cleanest way to resolve this appeal, and it would not be out of the ordinary for the U.S. Supreme Court to resolve this gay wedding cake appeal the way it did. Disappointing—yes; unusual—no.

This unresolved legal issue means it may be constitutional for a state to find that a baker discriminated by refusing on moral grounds to bake a cake for a gay wedding so long as the state commission does not use “hostile” language in reaching its conclusion. Simply put, this opinion from the Supreme Court has very limited future application, especially when the state commission is smart enough to reach the religiously hostile outcome it desires without using religiously hostile language. The Court recognized the limited precedential impact of this opinion when it stated, “The outcome of cases like this in other circumstances must await further elaboration in the courts.” This is just another way of saying, “Sorry, folks. The decision you were waiting for was not reached. Feel free to try again and bring us another case in a few years.” However, the outcome of the next similar case that makes its way back to the Supreme Court may very likely be decided based on the justice who replaces Justice Kennedy.2 And, the next time a similar case makes it back to the Supreme Court on a similar issue where the Court ultimately reaches the critical substantive issue, you can expect a 5-4 split.

Justice Kennedy definitely left the impression that this type of case would have a different outcome so long as the state does not use language that is hostile toward religion, while concluding that a business owner’s religious practices must give way to gay rights. For example, the Court stated that “any decision in favor of the baker would have to be sufficiently constrained, lest all purveyors of goods and services who object to gay marriages for moral and religious reasons in effect be allowed to put up signs saying ‘no good or services will be sold if they will be used for gay marriages,’ something that would impose a serious stigma on gay persons.”

There was one final concerning statement from the opinion in the gay wedding case opinion. Justice Kennedy commented that “the religious and philosophical objections to gay marriage are protected views and in some instances protected forms of expression.” Notice that religious “views” or beliefs are always protected (for now), but the “expression” of these views is protected in “some instances.” This is reminiscent of the language in Obergefell where Justice Kennedy similarly wrote that it “must be emphasized that religions, and those who adhere to religious doctrines, may continue to advocate with utmost, sincere conviction that, by divine precepts, same-sex marriage should not be condoned. The First Amendment ensures that religious organizations and persons are given proper protection as they seek to teach the principles that are so fulfilling and so central to their lives and faiths, and to their own deep aspirations to continue the family structure they have long revered.”3

This statement from the Supreme Court in Obergefell was pure dicta. “Dicta” is a statement made in a judicial opinion that is completely unnecessary to the resolution of the case. Therefore, it should be asked why this statement was made in light of the fact that it has no precedential value and was completely unnecessary to the resolution of the legal issues on appeal. It appears that Justice Kennedy was not trying to reassure the “religious right” that their First Amendment rights remain fully intact. Rather, this statement appears to be a veiled warning that simply holding religious views may be the only right remaining for those who oppose gay marriage, but don’t push it. In other words, the court is subtly telling those “religious” types out there to keep your opinions out of the public arena and don’t act on this belief that gay marriage is sinful. That is not just this author’s interpretation of Justice Kennedy’s dicta, but also that of Justice Alito.

Justice Alito, in his dissent in Obergefell, interpreted this dicta from Justice Kennedy with the following statement:  “I assume that those who cling to old beliefs will be able to whisper their thoughts in the recesses of their homes, but if they repeat those views in public, they will risk being labeled as bigots and treated as such by governments, employers, and schools.”4 This is consistent with Justice Kennedy’s comment in the Colorado baker case implying that religious beliefs may not be protected by the First Amendment when they transition from sincere convictions to external teaching and doctrine. This latest opinion from Justice Kennedy may mark the beginning of this shift in First Amendment thinking from the Supreme Court eroding the protections of the Free Exercise clause. This thinking highlights, yet again, the importance of the nomination of the justice who eventually replaces Justice Kennedy, the Supreme Court justice who is often the swing vote in many controversial cases that impact our culture.

Here is a simple response that every follower of Christ can put into action today. As Paul instructed Timothy in 1 Timothy 2:1-2, “First of all, then, I urge that supplications, prayers, intercessions, and thanksgivings be made for all people, for kings and all who are in high positions, that we may lead a peaceful and quiet life, godly and dignified in every way.”