Johannes Kepler was born in 1571 in Weil der Stadt, Germany. About five years later, he moved to a nearby city named Leon-burg. During these early years at Leonburg, Johannes and his mother were abandoned by his father. Kepler was educated in a local Latin school, and later enrolled at the University of Tübingen. While at the University, he studied four mathematically based subjects: arithmetic, geometry, astronomy (the study of the stars), and music. He also studied Greek and Hebrew.

His astronomy classes at Tübingen were taught by Michael Maestlin. Kepler was one of his teacher’s favorite students. As Kepler began to study, he realized that many of his astronomy textbooks claimed that the planets revolved around the Earth. Maestlin believed that the planets, including the Earth, revolved around the Sun. Maestlin chose a few students, including Kepler, and he taught them this new idea. Kepler quickly accepted Maestlin’s teachings.

After graduation, Johannes began to study and to test the new ideas he learned at school. For a while, Kepler was a professor of mathematics. Later, Kepler contacted a well-known astronomer named Tycho Brahe, who asked Kepler to be his assistant. After Brahe died, Johannes took Brahe’s office as imperial mathematician and court astronomer for Rudolf II.

One of Kepler’s greatest achievements was the fact that he discovered laws about how the planets move. These laws have been helpful today to scientists who work at places such as NASA. Kepler also studied the field of optics, and discovered several mathematical calculations. His work in mathematics paved the way for the field of study we call calculus.

Throughout his life, Johannes was a very religious man. He believed that God created man in His own image. He believed his work as a scientist was a fulfillment of his duty to his Creator. Many of Kepler’s writings talk about God. In these writings, Johannes often thanked God for giving him the ability to think, and to understand parts of the Universe. Johannes Kepler is a wonderful example of a man with a brilliant scientific mind, who believed that the Universe that he studied had been created by God. 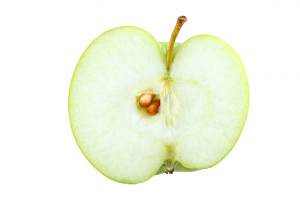