One favorite ploy by those who wish to advance the homosexual agenda in America is to compare opposition to homosexuality with the discrimination of African Americans that has characterized some portions of the American population. If you oppose the legalization of homosexuality and favor a ban on same-sex marriage, you are “just like racists who oppressed blacks in the South.”

The Bible certainly teaches very clearly that the mistreatment of one’s fellow human beings is sinful, and that God makes no distinction between humans on the basis of skin color, ethnicity, or nationality (e.g., 1 Samuel 16:7; Acts 17:26; Romans 2:11,28-29; James 2:1ff.; 1 Peter 1:17). However, behavior is a different matter. Homosexuality, by definition, entails acts that a person performs as the result of the exercise of human choice.

Notice that one’s ethnicity has nothing to do with behavior or choice. If a person’s skin is light or dark, the decisions that he or she makes is not the inevitable result of that genetic factor. Behavior is determined by non-genetic factors—including past experiences, parental and peer influence, education, and culture. A Hispanic is not more or less likely to behave in a certain way simply because of his or her genetic makeup. One whose gene pool is Hispanic is not more or less likely to prefer, say, a tamale, than one whose genetic makeup is Caucasian. Such persons will possess preferences that have arisen from sources and circumstances other than their genetic background.

In stark contrast, however, sexual appetites/preferences have nothing to do with genetic makeup. They are the result of environment, experience, culture, and other factors that can mold and shape individuals in their personal decision-making processes. The sexual inclinations and tendencies that a homosexual insists that he inherently “feels” are no different from the feelings and inclinations that a pedophile possesses in his sexual attraction to children, or that a murderer feels with regard to his violent tendencies. The “feelings” for all three are quite obviously real; but it is a mistake to assign those feelings to any underlying genetic cause. And it is biblically and morally unacceptable for the individual to act on such feelings. Here is the essential difference between ethnicity and homosexuality. African Americans and Caucasions cannot alter their skin color. But they can alter their behavior. And so can homosexuals. 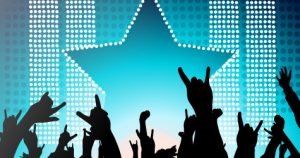