If one wishes to harmonize an old Earth and/or theistic evolution with the Bible, among many other obstacles,1 he must find a place in the text in which to squeeze 4.5 billion years of alleged Earth history and nearly 14 billion years of Universe history. The language of Genesis one does not allow the necessary time prior to or during Creation week.2 Is it possible to find time after the Creation week—prior to Adam and Eve’s eviction from the Garden of Eden—as some have suggested?3 Does the Bible allow such an infusion of time in Genesis 3? Can we even know?

The argument is that millions of years could have elapsed in the Garden prior to the first sin, during which evolution and deep time occurred. Ages, presumably, were not being counted until the first sin. Several problems immediately surface upon considering such an assumption.

Bottom line: the Bible does not allow for deep time to be injected into Adam and Eve’s tenure in the Garden of Eden. Immense time at that point in history would not help the Bible fit the evolutionary paradigm anyway, and there is no need for time to be injected. The biblical timeframe fits the physical evidence well, as long as erroneous assumptions are not used to interpret that evidence. 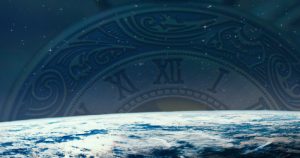