How Do You Know the “Days” of Genesis 1 Were Literal?

Age of the Earth Creation vs. Evolution Days of Creation
From Issue: R&R – November 2010

How do you know the “Days” of Genesis 1 were literal? 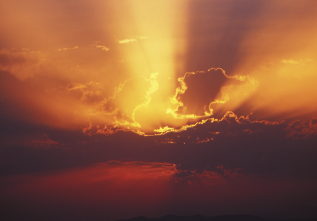 There are several linguistic reasons that demonstrate that “day” in Genesis 1 refers to an ordinary day (Lyons, 2001). There are also scientific reasons to draw the same conclusion. One indication is the presence of symbiosis in the created order. Symbiosis is defined as “the relation between two different species of organisms that are interdependent; each gains benefits from the other” (“Symbiosis,” n.d.). Mutualism is a form of symbiosis in which both species benefit. Many mutualistic relationships are obligative, that is, neither species can live without the other. For example, the Yucca plant and Yucca moth are completely dependent on each other for survival. The Yucca plant is unable to pollinate itself to grow more seeds and reproduce. It depends specifically on the Yucca moth for pollination. The moth depends specifically on the Yucca plant to provide the means to hatch new moths. The two were clearly designed to function together. But according to the Genesis account, plants were made on Day 3 while insects were created on Days 5-6. So the moth and the plant had to come into existence in close temporal proximity. They could not have been separated by millions of years. Nor could they have “co-evolved”—a meaningless, nonsensical notion that fails to account for the inherent and irreducible necessity of mutualism from the beginning of each organism’s existence.