Creation vs. Evolution Design in Plants Flood
From Issue: Discovery 6/1/2016

Some people who have trouble believing that the Flood actually happened ask how it could be that the plants of the Earth could survive since they were completely underwater for several months during the Flood. We do not read that the plants were carried onto the Ark “two-by-two.” How could they have survived?

It is true that most of the plants on the Earth probably would have died in the Flood, but it is also true that Noah could have brought seeds onto the Ark. After all, God told him to bring onto the Ark “of all food that is eaten” for his family and for the animals (Genesis 6:21), and Genesis 1:29-30 and 9:3 seem to tell us that both humans and animals were meant to be herbivores (eat only plants) before the Flood. So the food Noah brought onto the Ark would have been plants. It is also true that most of the world’s plant life is underwater and is able to survive well there. Scientists think that well over half of the oxygen we breathe is from ocean plants. 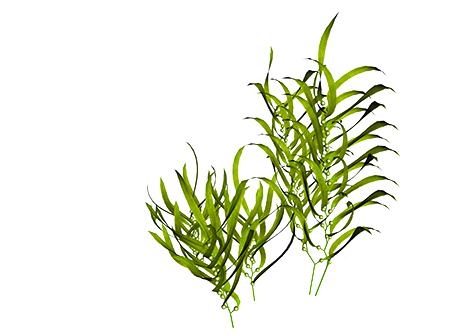 We also must consider that when the plants on the Earth were killed in the Flood, many of their remains, including their seeds, would have floated on the surface of the waters. After the waters receded, the seeds would have been able to grow again. Studies have been done on seeds to figure out if they could survive after being in salt water for long periods of time—including a study by the father of evolution, Charles Darwin. Sure enough, the seeds were able to grow again.

The Bible tells us of a Flood that covered the entire Earth thousands of years ago. Many arguments have been made trying to prove that such an event could not have happened. When we study those arguments, however, we always find that the Bible can and should be trusted.