How Could Dinosaurs and Humans Have Lived Together?

Recently I read in a popular dictionary about “the absurd notion” that early humans lived at the same time as dinosaurs. For most people, it seems silly to think that humans could have ever lived with dinosaurs. Evolution teaches that the last of the dinosaurs and the first humans were separated in time by 60 million years. What’s more, most people simply cannot imagine a time when humans lived on Earth with T-rex and Brachiosaurus. Wouldn’t these (and other) dinosaurs have easily wiped out any human population? Weren’t dinosaurs too big and vicious for humans to have ever lived on the same planet with them?

First of all, the theory of evolution is simply wrong in its claim that dinosaurs and humans never lived at the same time. Evolution is a false theory that has been disproven. Dinosaurs did not die out 60 million years before humans. The Bible, history, and true science tell a very different story about dinosaurs than what evolution teaches. (Check out A.P.’s book Dinosaurs Unleashed: The True Story About Dinosaurs and Humansto see amazing proof for the co-existence of dinosaurs and humans.) 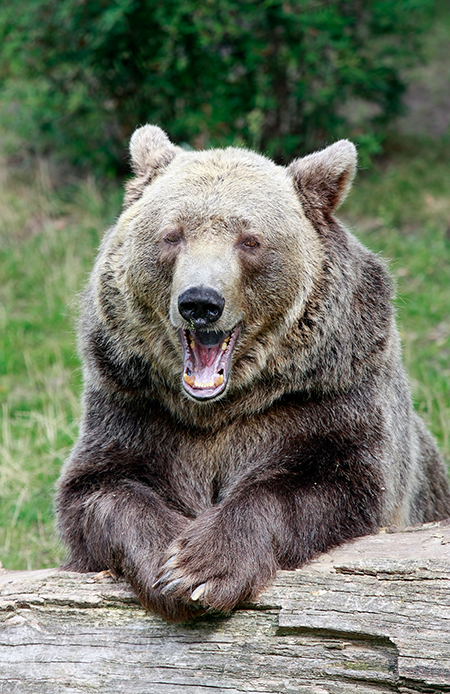 Second, though dinosaurs were marvelous creatures, that doesn’t mean humans were too unintelligent and puny to live at the same time as these animals. Though a few of the dinosaurs were quite large, most of these creatures were not nearly as big as many think. In truth, the average dinosaur was only the size of a large cow (which is much smaller than hippos, rhinos, and elephants).

For thousands of years, man has been able to live with (and even tame!) such amazing creatures as elephants and killer whales, as well as lions, tigers, and bears. Why should it be so hard to believe that humans could have lived on the same planet as dinosaurs in the past? The fact is, the reason humans have been able to live on Earth with all sorts of large and vicious creatures throughout history is because God created man higher than animals and gave him the ability to “subdue” and have “dominion” over them (Genesis 1:27-28).