One frequently cited alleged proof of evolution comes from the comparison of similar body structures of different living organisms. Known as homology, evolutionists argue that similarities among living things prove that living things share a common ancestor. For example, since the flipper of a whale and the forefoot of a dog have certain likenesses, allegedly they share the same great-great-great…grandparents (going back, supposedly, many millions of years). Likewise, since the hand of a human and the wing of a bat have some similarities, evolutionists contend that we share, not a common Creator, but common evolutionary ancestors.

Creationists do not deny that many similarities exist among the various kinds of animal life on Earth, and even between animals and humans. In fact, similarities among living things fit perfectly with the Creation viewpoint. Such similarities should be expected among creatures that breathe the same air, drink the same water, eat the same food, live on the same land, and generally use the same five senses to function in our physical world. Common features among living things make perfect sense if we all sharea common Creator. 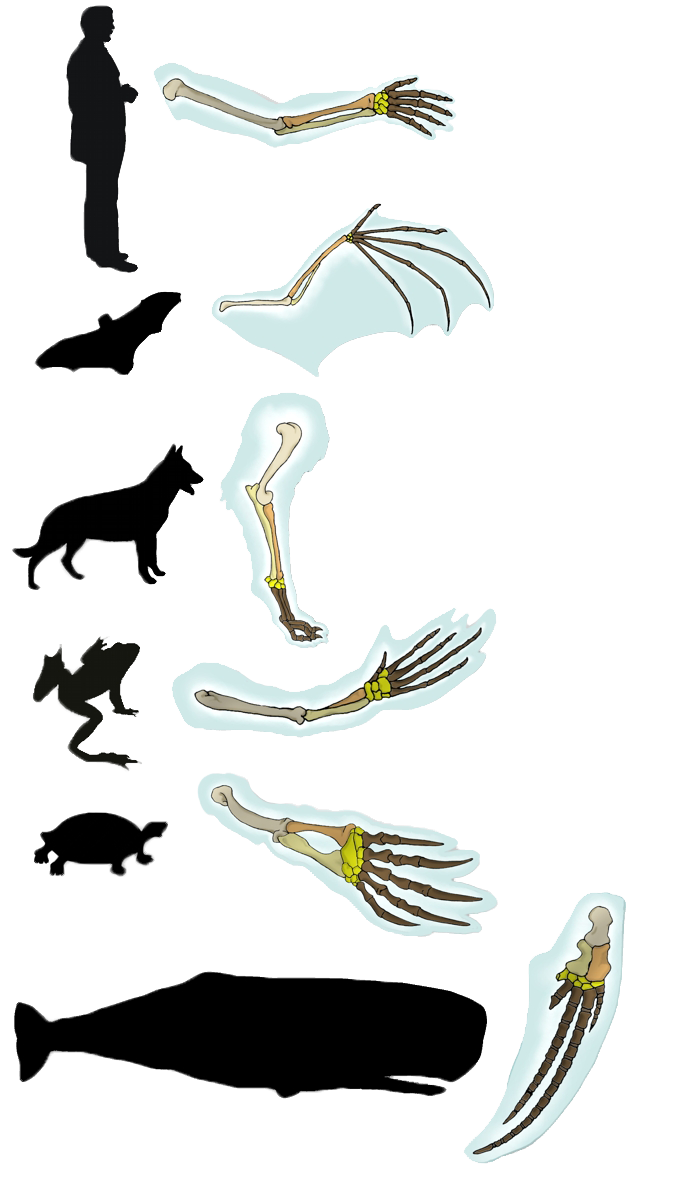 Humans and chimps are very similar in many ways. But even sea sponges, which scientists once thought would have only shared one or two percent of our DNA, actually share about 70% of our DNA. Yet, we obviously look nothing alike.

Such similarities should actually tell us something about the Creator’s loving nature. Think about it: human life is more valuable than all other forms of life (Genesis 1:26-28; 9:1-6). But, because God created a world where man could study, kill, and experiment on similar, yet non-human, life forms (such as mice and chimps), humans can actually learn more about the human body without taking the life of humans—those who are created in the image of God.

Even though you likely will read about evolutionists’ “similar-things” argument in nearly every textbook that addresses the theory of evolution, in no way does it prove their theory true. Rather, it is just another example of evolutionists’ faulty interpretation of the facts of life—facts that creationists are happy to embrace and logically explain.