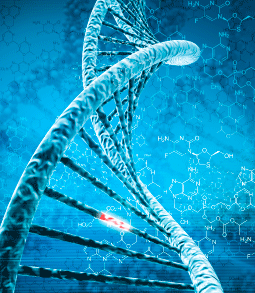 I have heard someone argue that changing even a few nucleotides in DNA could kill an organism. Is this a good argument to use against evolution since most theories of evolution involve genetic changes (mutations)?

It is possible for a single amino acid change in a protein (which results from changing one to three nucleotides), or the deletion of a single nucleotide from DNA, to be fatal to an organism. In the scientific literature, this is called heterozygous lethal and instances can be identified by a search of literature databases (e.g., Burkitt-Wright, et al., 2012; Tsurusaki, et al., 2012). Heterozygous lethal means one of the two copies of a given gene in an organism are defective due to mutation (heterozygous) leading to the death of the organism (lethal). Normally, humans have two functional copies (homozygous) of all genes (except those on the X and Y chromosome in males). In some cases, mutations in one copy of the gene do not lead to a major problem (this is called “haplosufficiency”). When a gene is “haploinsufficient,” the loss of one copy of that gene can lead to major problems (like cancer) and sometimes death (as in heterozygous lethal).

While it is true that relatively “small” mutations can cause major problems and conversely, some “larger” mutations do not result in immediate lethality (for example, the extra copy of chromosome 21 in Down’s Syndrome), this argument may be missing a more relevant point. It is clear that mutations cause many problems, including cancer (Hanahan and Weinberg, 2011), and that documented mutations in long-term evolution experiments do not show major evidence for macroevolutionary change (Behe, 2010). Perhaps the more important point has to do with the types of changes that can be expected. As one geneticist argued in a recent book, mutations cause the decay of the “message” of the genome rather than the formation of new information (Sanford, 2008). A summary of long-term evolution experiments also suggests that even mutations considered “beneficial” (for the organism) in these studies generally involved the loss of genetic information (Behe, 2010).

In order for organisms to progressively evolve from one form to the next, new genetic information is needed. However, there is no known mechanism or natural process for generating new information (Gitt, 2005; Sanford, 2008; Meyer, 2009). Some theorize that naturally occurring mutation processes like duplication could account for increases in genetic information. But duplication does not explain the origin of the gene being duplicated, much less explain how position-specific nucleotide changes could develop a new feature or function (Sanford, 2008). The random mutations occurring naturally have no direction and do not have a “plan” for developing a particular function (Sanford, 2008). The expectation that random changes will develop new information does not fit the available evidence, nor is it statistically likely to occur (Sanford, 2008; Meyer, 2009; Behe, 2010). [NOTE: This topic gets very complex very quickly, and care should be taken any time this is discussed to be sure that the underlying science is very well understood. Misunderstanding can lead to misrepresentation, which can harm the cause and discredit those responsible.]

In summary, some very small, but very harmful, genetic changes have been documented, and their occurrence supports the concept that the genome is decaying over time (Sanford, 2008). A larger challenge for the macroevolutionary approach is to explain how new information can develop by random, undirected means in order to facilitate the development of new features and ultimately new organisms. A better explanation? We are here by design (Romans 1:20).

Gitt, W. (2005), In the Beginning was Information: A Scientist Explains the Incredible Design in Nature (Green Forest, AR: Master Books).

Meyer, S.C. (2009), Signature in the Cell: DNA and the Evidence for Intelligent Design (New York: HarperOne).

More Evidence that the “Junk” DNA Argument is Junk

Was There Enough Time on Day 6 of Creation? | Time, Evolution, and the Bible