The variety among God’s animal kingdom that He created on days five and six of Creation is stunning. From ducks to dolphins and from polar bears to porcupines, the endless creativity of our Creator is truly something to praise! Is it any wonder the psalmist worshiped the Maker, proclaiming, “O Lord, how manifold [many and various] are Your works! In wisdom You have made them all. The Earth is full of Your possessions” (Psalm 104:24)?

In addition to the prickly porcupine, God also made another spiky creature called a hedgehog. The first hedgehog I ever saw in the wild was in the country of New Zealand, but hedgehogs are not actually native to New Zealand. Europeans introduced these animals to that country in the 1800s. Different native species of hedgehogs are found throughout Europe, Africa, and Asia. The pet hedgehog that my family has is of the East African variety.

Interestingly, the hedgehog used to be called “urchin”—not “sea urchin,” but just “urchin.” (The sea urchin was actually named after this “land urchin.”) In the 15th century, Englishmen gave this spiky land animal the name “hedge-hog” because (1) it was often seen foraging under hedges, and (2) it has a hog-like snout. (Some also claim that the name “hog” comes from the pig-like sounds it occasionally makes.) 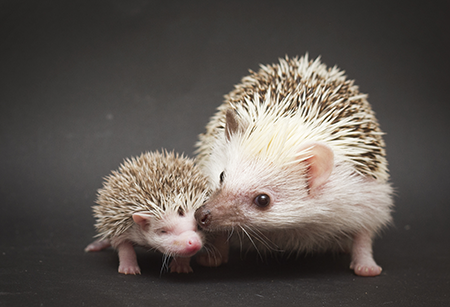 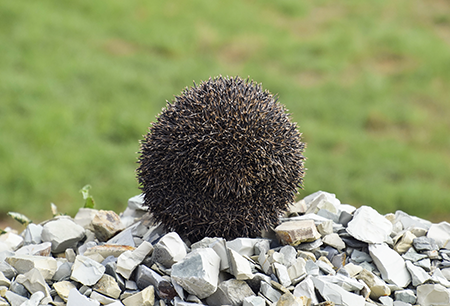 Though hedgehogs are not porcupines, there is obviously one major similarity: hedgehogs have thousands of spikes all over their head and back. An average hedgehog can have more than 5,000 stiff, needle-like spines. When this cute, little creature (which can grow anywhere from about 6-16 inches in length) is threatened by a predator, it quickly uses its strong stomach muscles to curl up into a tight ball, so that not one vulnerable part of its body is exposed. When in this position, you cannot see the hedgehog’s stomach, nose, eyes, ears, legs, or tail. All that is visible, and the only things you can feel when a hedgehog is in its fully rolled position, are the light-weight (but strong), prickly (and perfectly designed) spines that go every which way—a marvelous, God-given deterrent to predators!

Hedgehogs give mankind just one more reason to stand in awe of the Creator. Indeed, as the angelic beings cried out in the days of Isaiah, “The whole earth is full of His [God’s] glory!” (Isaiah 6:3).