Age of the Earth Creation vs. Evolution Flood Geology
From Issue: Discovery 8/1/2015

This summer, Noah Icenhour (2015 AP Intern) and I had the opportunity to travel through the Grand Canyon for several days with the leading Grand Canyon Creation geologist, Dr. Stephen Austin. We got to see scientific evidences of how the Canyon truly formed—and the truth agrees with the Bible.

Have you ever seen pictures of the Grand Canyon? Did you notice that it has several layers in it, kind of like a cake? Geologists who believe the Earth is millions of years old often use the Grand Canyon as “proof” that the Bible is wrong about the Earth being young. They look, for instance, at how long it takes sand particles to build up on desert sand dunes today, and they compare that to the sandstone (rock that used to be sand) in the Canyon. From that, they determine, based on sand collection (deposition) rates today and the thickness of the sandstone layers, it must have taken millions of years for those layers to form. They add to that the assumption that in between each of those “cake” (sediment) layers, there were long periods of time where there was not much build-up of sediment—just erosion by rivers, wind, lakes, etc.

There are several problems with these ideas. For example, the layers above the Great Unconformity (the line towards the base of the Canyon that most likely represents the beginning of the Flood) are all made of sedimentary rock, which are known to be made in water most of the time. Marine-shell fossils from ocean creatures are also found throughout the Canyon layers. Also, scientists have studied the fossilized animal footprints that are on the Canyon sandstone layers and have compared them to footprints that are made by creatures on dry sand and under water sand. They have found that there is no doubt that the footprints had to have been made by creatures that were under water when they made the tracks—not in a desert. Scientists also studied the difference between sand dunes that form slowly from wind in the desert and the similar sand dunes (called sand waves) that are made rapidly in the ocean by water transporting sand. The angle of the sand layers within the sandstone in the Canyon did not match the angles of desert dunes. They matched ocean sand waves, giving more evidence that the Canyon layers were formed under water.

Other scientists have determined that if a sand wave is made under deeper water, that sand wave is taller than one made under shallower water. The Canyon has sand waves that are 30-60 feet high, meaning that the water depth that formed them must have been 150-300 feet (a football field going straight up into the sky)! And what’s more, scientists are able to determine from those numbers that the water that formed the sand waves of the Canyon must have been traveling at three to five feet per second—extremely high velocities. Only tsunamis have been known to be able to create such a situation—and that’s precisely what would have occurred in the Flood. 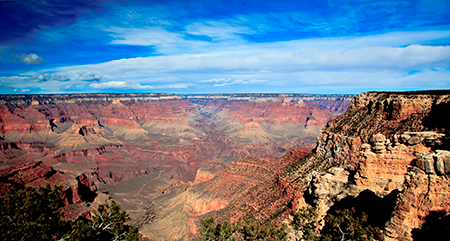 The evidence shows that the layers of the Canyon were formed rapidly in the Flood. But was there a lot of time that passed between each “cake” layer, as evolutionary geologists argue? Imagine watching your mom make a cake. If she made one layer, put icing on it, and then immediately made another layer to go on top of the first, the two layers would connect to each other smoothly. But if she opened the kitchen window and put the cake on the window sill to cool before it hardened, and accidentally left it there open to the air for a few weeks while she went out of town, what would happen? When she came back to finish the cake and add other layers, what would the second layer look like? Some of it may have molded and disappeared from breaking down. Some of it may have been eaten by insects (or kids who walked by the window), and if it rained a lot and got the cake wet, there may even be little “river beds” in the cake where the water ran off of it. If your mom then made another layer and put it on top of the second, and you looked at the side of the cake, you would notice that the line between the second layer and the third was not smooth. 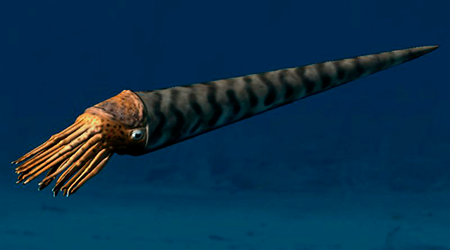