Good Works—To Be Seen or Hidden? 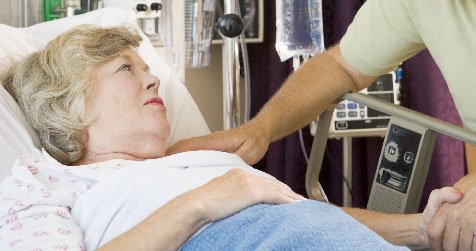 When examining the various lists of alleged Bible contradictions that skeptics have compiled, a person likely will notice how some alleged contradictions seem to appear on almost every list. The question, “Has anyone seen God?” (cf. John 1:18; Genesis 32:30), appears quite frequently, as does the supposed difficulty of Joseph being the son of two different men (cf. Matthew 1:16; Luke 3:23). One question that also has made its way onto numerous skeptics’ lists (somewhat to my surprise) is that of whether or not God wants His disciples to do good works to be seen of men. Purportedly, two statements that Jesus made within the “Sermon on the Mount” (Matthew 5-7) are incompatible. First, Jesus stated:

You are the light of the world. A city that is set on a hill cannot be hidden. Nor do they light a lamp and put it under a basket, but on a lampstand, and it gives light to all who are in the house. Let your light so shine before men, that they may see your good works and glorify your Father in heaven (Matthew 5:14-16, emp. added).

The Bible student who carefully examines these passages (and others) will notice that Jesus never said that His followers must not do good deeds in the presence of others. On the contrary, He always has wanted good deeds to be done, but they are to be done for the purpose of giving God the glory, not man. Sadly, many Bible critics have twisted the true message of Jesus, in an effort to find a contradiction in His teachings (cf. 2 Peter 3:16). The Bible teaches that God expects His followers to be doing good deeds. To the churches of Galatia, the apostle Paul wrote: “As we have opportunity, let us do good to all, especially to those who are of the household of faith” (6:10). During the last week of His life, Jesus taught that His disciples are responsible for doing such things as feeding the hungry, clothing the naked, and visiting the sick (Matthew 25:31-46). But these good works, and many others, are to be done in order to bring glory to God, not ourselves. When Jesus said, “Let your light so shine before men, that they may see your good works,” He ended this sentence with the phrase, “and glorify your Father in heaven.” A similar statement was written years later by the apostle Peter:

Beloved, I beg you as sojourners and pilgrims, abstain from fleshly lusts which war against the soul, having your conduct honorable among the Gentiles, that when they speak against you as evildoers, they may, by your good works which they observe, glorify God in the day of visitation (1 Peter 2:11-12, emp. added).

Through the good works of mankind, God is to be exalted. (“To Him be the glory both now and forever”—2 Peter 3:18). Man, on the other hand, must never perform godly works for the purpose of drawing attention to himself.

In their efforts to expose the Bible as a book of errors and Jesus as less than divine, skeptics frequently omit the part of Matthew 6:1-4 that gives the context of Jesus’ statement concerning good deeds. Jesus was not forbidding all good deeds done in public. Rather, He was condemning the performance of “charitable deeds before men, to be seen by them” (6:1, emp. added). In the very next verse, Jesus elaborated on what He meant, saying, “Therefore, when you do a charitable deed, do not sound a trumpet before you as the hypocrites do in the synagogues and in the streets, that they may have glory from men.” The hypocritical scribes and Pharisees, whom Jesus explicitly condemned earlier in this sermon (5:20), performed “all their works…to be seen by men” (Matthew 23:5). This was the attitude of which Jesus warned His listeners. Do not do charitable deeds in order to receive praise from men, but do them (whether private or public) to be seen of God.

Jesus taught that the proper motivation must lie behind every “good” action, in order for that action to be pleasing in God’s sight. Some godly actions may be done in secret (e.g., giving monetarily to a good work, praying for the sick, fasting, etc.). Others can (and must) be done openly (e.g., preaching the Gospel—cf. Acts 2). Whatever actions in which we engage ourselves, in order for them to be pleasing to God, they must stem from a sincere heart whose motivation is to bring glory to God.