Cause and Effect Laws of Science
From Issue: Discovery 6/1/2017

Imagine that you are sitting in a school classroom one day while the teacher is up at the front speaking. All of a sudden, a book flies off her desk going 100 miles per hour and crashes into the back wall. All the students are stunned. One student, Julie, turns to the teacher and says: “Ms. Smith, what caused that book to fly across the room?” Imagine how surprised you would be if Ms. Smith said, “Nothing caused it, Julie. Sometimes books just shoot across the room going 100 miles per hour.” Could that happen? Of course not, and every first grader knows books don’t fly across rooms without a cause. Why would it never happen? In order to answer this question, we need to understand a little about a scientific law.

What is a scientific law? A law of science is very different from a law in our country. For instance, suppose the law says that on a certain street the speed limit is 50 miles an hour. If the people who make the laws think that 50 miles an hour is too fast, they can change the law. Those people can vote to make the new speed limit 45 miles an hour, and the law is changed. 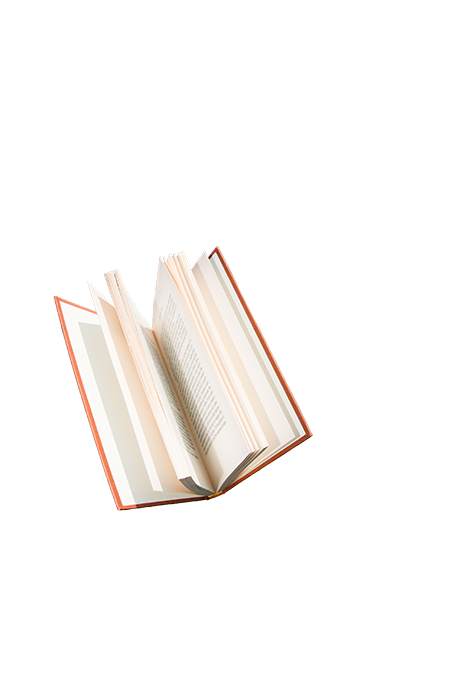 A law of science is very different. Laws of science cannot be changed or voted on. They are always the same for all people and places for all time. For instance, think about the law of gravity. There are some complicated numbers and equations involved in calculating the law of gravity, but the law basically says that things fall down, toward the center of a large object (in our case, the Earth). That means that if you step off a 20-story building, you are going to fall down to the ground. Now suppose that we assemble one million of the most brilliant scientists in the world to vote on the law of gravity. They all decide that they would like the law changed, and all one million of them vote to change the law. Next, they ask for a volunteer to step off a 20-story building to show that they have just changed the law of gravity by vote. Are you going to volunteer? Absolutely not, because you would fall straight to the ground. No vote by any scientists can change the law of gravity. Scientific laws, such as the law of gravity, cannot be changed by people. People can study the laws. They can name the laws and try to understand them, but they cannot change the laws.

The Law of Cause and Effect 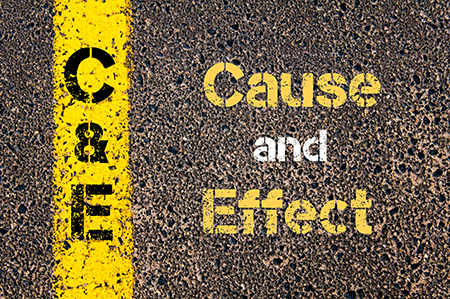 says that for every material effect we see in nature, there must be a cause that came before it (or happened at the same time), and a cause that is greater than or equal to it. A book flying across a room is an effect. Since it is an effect, we know it must have a cause. It is scientifically impossible for a book to shoot across a room by itself without a cause.

Not only must the book flying across the room have a cause, but it must have a cause that is great enough to bring about the effect. If Ms. Smith claimed that a housefly landed on the book and catapulted it 100 miles per hour across the room, her explanation would be just as wrong as if she said that there was no cause. The cause must be big enough for the effect.

The reason the law of cause and effect is important in a discussion about God is because the Universe is a material effect that must have a cause. Some atheists claim that the Universe created itself out of nothing. One man named Stephen Hawking said that our Universe just appeared out of nothing. That is impossible. It would violate the most basic scientific law, the law of cause and effect.

The Universe Is Really Big

Our Universe is a really big effect. Have you ever wondered how big our Universe is? Did you know that if you could travel as fast as the speed of light (which travels about 186,000 miles a second), it would take you 28 billion years to go across our Universe? Also, our Universe contains an estimated 100 billion galaxies. Our Milky Way Galaxy is one of those 100 billion. If you had a spaceship that would travel as fast as light, it would still take you 100,000 years to go across our one galaxy. Furthermore, the Milky Way contains between 200-400 billion stars. Our Sun is one star in the galaxy. It is so large that over one million planets the size of Earth would fit into it. And there are some stars in our galaxy that are 400 times as big as the Sun. This huge Universe where we live had to have a cause that came before it and was big enough to cause it. That is where God comes into the picture.

There is nothing in nature that is big enough to cause a Universe like ours. The cause of our Universe had to be more powerful than anything in nature. Only a supernatural God, or a God that is outside of nature, could bring the Universe into existence. Genesis 1:1 says: “In the beginning, God created the heavens and the Earth.” The first verse of the Bible gives the only possible cause for our Universe—God. We also learn that God is “almighty” (Genesis 17:1). That means God can do anything that it takes force or might to do. When we look at the Universe, we can see its massive size and realize that its cause must be all-powerful. That is why Romans 1:20 says when people look at the Universe they can see God’s “eternal power.” That is also why the writer of Psalms said: “The heavens declare the glory of God; and the firmament shows His handiwork” (Psalm 19:1). There had to be a first Cause, and God was (and is) the only One suitable for the job.