Geography as the Most Important Predictor of Religion—Revisited 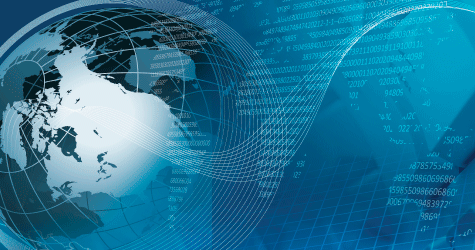 On September 29, 2011, I debated Blair Scott, the Director of Communications for American Atheists, Inc. During the debate, he suggested that one of the primary reasons (if not the only reason) that people are Christians is because they were born into a society that is predominantly Christian. He contended that this fact cast doubt on the legitimacy of Christianity and the sincerity of the person who claims to believe in Christianity based on the truth of its claims. Blair is not the only atheist who has used this line of reasoning. When I debated Dan Barker on February 12, 2009, he stated basically the same thing as Blair, when he said, “there are other reasons besides reason and truth that people come to their faith.” He continued:

While it may be true that geography is the highest predictor of a person’s religion, it is important to understand what Scott and Barker are trying to say, and why it has no bearing on the truth of the proposition that God exists. The implication is that if most people in an area hold a certain religious belief, then the mere fact that it is the “traditional” belief of that area should cast disparaging light on the belief, or at least should call into question the honesty and intellectual rigor of those who hold the belief. This is a classic example of a logical fallacy known as the genetic fallacy. The genetic fallacy is committed when a person attempts to discredit an idea based on its origin, not based on the merits of the idea itself. In this instance, Barker, Scott, and other atheists are suggesting that a belief in the God of the Bible should be questioned merely on the basis of the fact that the idea stems from certain cultures or regions.

When this accusation against belief in God is studied critically, however, it becomes apparent that these atheists are making a moot point. What does it matter if the biggest predictor of a person’s religion is geography? Does that mean that the information is necessarily false? If that were the case, we could simply lump atheism in with all other “religions” and say that geography is the single biggest predictor of whether a person will claim atheism. Polls indicate that those born in China or the former Soviet Union, and certain other areas of Europe, are much more likely to be atheists than other areas of the globe (“Major Religions of the World…,” 2007). So what does that mean about atheism? Should it be rejected soley on the basis of geography? We are forced by rationality to understand that it means nothing—other than the fact that most people, including atheists, adopt the beliefs of the people nearest to them. It says nothing whatsoever about the truth of the beliefs.

Suppose we were to suggest that geography is the single biggest predictor of whether a person will know his or her multiplication tables by age 12. Would that mean that all those who learned their “times tables” hold an incorrect view of the world? Of course not. Would it mean that the local knowledge of multiplication casts suspicion on the truth of the math being done? No. It has absolutely no bearing on the accuracy of the multiplication tables. Again, suppose that we said that geography is the single most important indicator of whether a person understands how germs are passed. Does that mean that all those people who wash their hands because that is “what their mothers taught them about germs” have been taught wrong? Certainly not.

In truth, we intuitively know that geography has nothing to do with truth claims. Is it the case that truth seekers often break away from their culturally held beliefs, forsake false ideas, and embrace the truth that God exists, the Bible is His Word, and Jesus is His Son? Yes. It is also true that many forsake the cultural truths that they were taught as children, reject the reality of God’s existence, and exchange that belief for false worldviews like atheism and agnosticism. That happens as well.

The atheistic objection that ideas concerning the God of the Bible should be questioned because they are held by more people in certain regions has no merit and can easily be dismissed. It should, however, make us stop and think about why we hold the beliefs that we do. The apostle Paul admonished all people to “test all things; hold fast what is good” (1 Thessalonians 5:21). It is true that many people are guilty of clinging to a belief simply because their family or culture is closely tied to it, and the Bible explicitly cautions against doing so (cf. Mark 7:8-13). The fact that many people blindly cling to tradition says nothing whatsoever about the truth or falsity of the belief, but it does say something about the sincerity of the one who holds those beliefs without having truly “tested” them. If all the people in the world were to honestly assess their core beliefs based on truth and reason, they would become New Testament Christians regardless of where they were born or where they currently live. As Jesus explained to Pilate: “I have come into the world, that I should bear witness to the truth. Everyone who is of the truth hears My voice” (John 18:37).

“Major Religions of the World Ranked by Number of Adherents” (2007), http://www.adherents.com/Religions_By_Adherents.html#Nonreligious.