The conversion of the first Gentiles was an incredible moment in redemptive history—literally fulfilling prophecies spoken centuries earlier (e.g., Isaiah 62:2). Here is Luke’s description of the momentous event:

While Peter was still speaking these words, the Holy Spirit fell upon all those who heard the word. And those of the circumcision who believed were astonished, as many as came with Peter, because the gift of the Holy Spirit had been poured out on the Gentiles also. For they heard them speak with tongues and magnify God. Then Peter answered, “Can anyone forbid water, that these should not be baptized who have received the Holy Spirit just as we have?” And he commanded them to be baptized in the name of the Lord. Then they asked him to stay a few days (Acts 10:44-48).

It is evident from this account that the Gentiles received the Spirit before they were baptized in water. Jesus stated emphatically: “I will pray the Father, and He will give you another Helper, that He may abide with you forever—the Spirit of truth, whom the world cannot receive” (John 14:16-17). If that be the case, how can water baptism be “for the remission of sins” (Acts 2:38) in order to be “clothed with Christ” (Galatians 3:27)? Does the Bible contradict itself? How can anyone receive the Spirit before he/she is clothed with Christ?

The answer to these questions lies in a deeper examination of the underlying language. In the first place, John 14:17 uses the Greek verb lambano, which is the usual word for “to take with the hand, lay hold of, any person or thing in order to use it,” “to take in order to carry away,” “to seize, take away forcibly.”1 In this verse, Jesus was not saying that unsaved persons cannot receive the Holy Spirit. Consider the context:

If you love Me, keep My commandments. And I will pray the Father, and He will give you another Helper, that He may abide with you forever—the Spirit of truth, whom the world cannot receive, because it neither sees Him nor knows Him; but you know Him, for He dwells with you and will be in you. I will not leave you orphans; I will come to you (John 14:15-18).

Jesus was assuring the disciples that, though He soon would be seized and taken away from them, nevertheless, He would send in His place the Holy Spirit—Whom His enemies could not take away. In fact, He would abide with them forever. Therefore, verse 17 says nothing about whether an unsaved individual can be the recipient of Holy Spirit activity.

The conversion of the Gentiles in Acts 10 is recounted by Peter in Acts 11 when he came to Jerusalem. Luke reports that “Peter explained it to them in order2 from the beginning” (vs. 4), suggesting that the account in Acts 10 is not necessarily in strict order. Peter explains how “he entered the man’s house” where Cornelius informed him that an angel had appeared and instructed him to “send men to Joppa, and call for Simon whose surname is Peter, who will tell you words by which you and all your household will be saved” (vss. 13-14). Observe carefully that Cornelius could not be saved until and without hearing inspired words that would instruct him how to be saved.

Having been informed about this fact by Cornelius, Peter next states: “And as I began to speak, the Holy Spirit fell upon them, as upon us at the beginning” (vs. 15). The Greek term rendered “began” (arxasthai) means “to begin,” “to denote what one begins to do.”3 “Peter had scarcely begun to speak.”4 Indeed, Peter was just beginning to speak, not having yet expressed the words of salvation. He had not yet been given the opportunity to convey the words by which Cornelius and his household could be saved. He was, in fact, interrupted in his efforts by their reception of the Spirit. Greek lexicographer Thayer makes this very point when he states that the word “indicates that a thing was but just begun when it was interrupted by something else.”5

Those who assume that reception of the Spirit on this occasion was proof of the Gentiles’ saved condition completely miss the very reason God administered Holy Spirit baptism to them. The Gentiles’ reception of the baptism of the Holy Spirit had nothing to do with their salvation. It merely served to prove to the Jews that the Gentiles had an equal right to enter the kingdom. Indeed, only two instances of Holy Spirit baptism are explicitly reported in the New Testament, and neither had anything to do with the salvation of the recipients.6 In the first instance, depicted in Acts 2, the purpose was to equip the apostles (who were already saved) to launch the Christian religion. The second instance (Acts 10) served the purpose of demonstrating to the Jewish Christians that non-Jews had a divine right to have access to the Gospel and enter the kingdom7—which explains precisely why, after such a powerful divine demonstration, Peter immediately called for water baptism, since that act is the divinely-designed entranceway into the Kingdom (Acts 10:47-48; John 3:5; 1 Corinthians 12:13).8

8 For additional discussion, see Kyle Butt (2012), “If Cornelius Had theHoly Spirit, Doesn’t That Mean He Was Saved?” https://apologeticspress.org/if-cornelius-had-the-holy-spirit-doesnt-that-mean-he-was-saved-1693/. 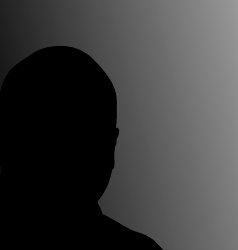 If Cornelius Had the Holy Spirit, Doesn’t That Mean He Was Saved?