Human pregnancies, on average, last 38-40 weeks—approximately nine months. This makes potential genetic change in the human race relatively slow. Not so with Drosophila melanogaster: the fruit fly. If you were to make a short list of creatures that could serve as examples to prove neo-Darwinian evolution to be a legitimate theory, the common fruit fly would probably be on the list.1 Female flies can lay about 500 eggs in their lifetime, and each fly can grow from egg to adult in about a week2—translating to about 50 generations per year. After only a century of testing, scientists have been able to observe over 5,000 generations of fly reproduction. Thus, the fruit fly has been considered an ideal candidate for studying evolution in action. If mutations are the mechanism that would allow for molecules-to-man evolution as evolutionists suggest, then watching mutations, and even causing mutations in fruit flies to speed things up, could provide strong evidence to support that contention.

That is precisely how fruit fly evolutionary studies have been viewed for over a century. In 1910, Science magazine first published a paper on mutations in fruit flies.3 Since then, observing fly reproduction and mutation has been a popular past time. The result after a century? Flies are still flies. Humans stepped in to “help nature” by carefully inducing various mutations (and trying to keep the flies alive afterwards). To be sure, thousands of different mutations have been documented, including flies without eyes, flies with different colored eyes, flies with their legs growing out of their heads instead of antennae, extra pairs of wings that do not function, different colored flies, flies with big wings, flies with useless wings, etc.4 The result of such tampering was summarized well by Colin Patterson, the late paleontologist who served as the editor of the professional journal published by the British Museum of Natural History in London: “The spectacular effects of homeobox gene mutations were first seen in Drosophila, early in the history of genetics. Carriers of some of these mutations certainly qualify as monsters—though without much hope.”5 Such directed mutations have not resulted in evolutionary progress for fruit flies—rather, they have created monstrosities. And in spite of making such monstrosities, the mutated fruit flies are still understood to be fruit flies.

Further, notice that the above listed mutations that have been documented in fruit flies are all variations of already-existing information in the fly genome. The fly did not evolve fingers or fins, for example. Wings, antennae, eyes, and legs—all fly body parts affected by the mutations—were already part of the genetic code of the fruit fly. Nothing new was created, but evolution requires the generation of new genetic information since, according to evolution, a simple, single-celled organism had to eventually give rise to humans over time.

Finally, if evolution were true, after observing 5,000 generations of fruit flies in the last century, the fruit fly should have become the common ancestor of other creatures. In fact, we should not only see new species, but creatures that are transitional between the original fruit fly common ancestor and the new species. Instead, we continue to see flies—albeit, tortured flies. (Where are the animal rights people?)

Richard Goldschmidt was a famous geneticist who studied mutations in fruit flies. Goldschmidt is considered to be the first to integrate genetics, development, and evolution. Years ago, upon studying fruit fly mutations extensively, he concluded that, in spite of the mutations that had been generated to that point, fruit flies were not providing the long sought proof of neo-Darwinian evolution. Publishing an article in Scientific American, Goldschmidt admitted major issues that existed in evolutionary theory (problems that still exist today). At the beginning of the article, titled “Evolution, As Viewed By One Geneticist,” Goldschmidt quoted the famous inventor Orville Wright: “[I]f we all worked on the assumption that what is accepted as true is really true, there would be little hope of advance.”6 He then proceeded to concede that, while scientists who are “entitled to judgment” agree that evolution is a fact, “in spite of nearly a century of work and discussion there is still no unanimity in regard to the details of the means of evolution.”7 In other words, though evolutionary scientists believe that evolution is true, they do not know how it could actually happen. Is it through mutations, as the consensus among evolutionists attests? Later in the article, Goldschmidt specifically responded to that question in discussing the studies that had been done on mutations and evolution:

It is true that nobody thus far has produced a new species or genus, etc., by macromutation. It is equally true that nobody has produced even a species by the selection of micromutations. In the best-known organisms, like Drosophilia, innumerable mutants are known. If we were able to combine a thousand or more of such mutants in a single individual, this still would have no resemblance whatsoever to any type known as a species in nature.8

1 The Microbiology Society points out that “[w]hen conditions are favourable such as the right temperature and nutrients are available, some bacteria like Escherichia coli can divide every 20 minutes. This means that in just 7 hours one bacterium can generate 2,097,152 bacteria.” [“Bacteria” (2016), Microbiology Online, http://www.microbiologyonline.org.uk/about-microbiology/introducing-microbes/bacteria.] Bacteria, therefore, would be ideal candidates for studying asexual evolution. After one century of studying bacteria, scientists have seen over 2,600,000 generations of bacteria produced—the equivalent of over 78,000,000 years of human evolution (assuming a 30 year human generation). In spite of all of that time for evolution, bacteria are still bacteria.

2 Michael F. Potter (no date), “Fruit Flies,” Entomology at the University of Kentucky, https://entomology.ca.uky.edu/ef621. [NOTE: The rate of fruit fly production is heavily dependent on temperature.] 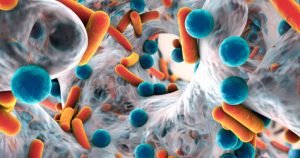