Food regulations enumerated in the first five books of the Old Testament have been scrutinized repeatedly by credentialed professionals in the fields of dietary and pathological research. The regulations have proven to coincide with modern science’s understanding of various aspects of health and disease prevention. Old Testament food laws exhibit knowledge of bacteria, food preparation, and pathogen awareness that surpasses anything from cultures contemporary with the ancient Israelites. Furthermore, there is no evidence that the knowledge inherent in the laws was, or could have been, gathered experimentally by the Israelite nation. Thus, the Israelites could not have copied these laws from nations around them, nor did they arrive at them through their own experimental, scientific research. Where, then, did such amazingly accurate laws originate? Moses repeatedly acknowledged that the laws came from the Lord (Deuteronomy 10:4-5). A closer look into various Old Testament food regulations reveals the evident truthfulness of Moses’ claim.

The blowfish has fins but does not have scales. Thus, it would not have been edible under the Old Testament laws—fortunately for the Israelites. The blowfish can contain toxin in its ovaries, liver, and other organs that is highly potent and deadly. This toxin, called tetrodotoxin, is thought to be “1250 times more deadly than cyanide” and 160,000 times more potent than cocaine. A tiny amount of it can kill 30 grown adults (Dilion, 2005). As odd as it sounds, blowfish is served as a delicacy all over the world, especially in Japan and other far eastern countries. As a delicacy, it is called fugu, and is prepared by certified, licensed chefs. The toxins can be removed successfully, making the food edible, but the procedure often goes awry. Some who have researched fugu say that it is a food connoisseur’s version of Russian roulette. Due to the extreme danger involved in eating fugu, it is illegal to serve it to the Emperor of Japan! The Mosaic instructions concerning edible fish would have helped the Israelites avoid the dangerous blowfish, as well as danger posed by eating other toxic sea creatures such as certain jelly fish, sea anemones, and octopi.

Although shellfish are edible today, there are inherent dangers in eating ill-prepared types such as oysters. The U.S. Food and Drug Administration has produced a twelve-page tract warning people about the dangers of eating raw or partially cooked oysters (“Carlos’ Tragic…,” 2003). In the tract, the FDA warns that some raw oysters contain the bacteria Vibrio vulnificus. In regard to this dangerous bacteria, the tract states:

Eating oysters if they are not cooked properly can be potentially fatal, says the FDA. Thus, the wisdom of the Mosaic prohibition is evident to an honest observer. In a time when proper handling and preparation procedures were difficult to achieve, the best course of action simply would have been to avoid the risk of eating potentially contaminated foods, especially since the contamination cannot be detected by smell or sight.

In Leviticus 11, Moses included reptiles in the list of unclean animals. Obviously, they are not cud-chewers that walk on cloven hooves, so they would not classify as clean, edible animals according to Leviticus 11:3. But to make sure that the Israelites understood, Moses specifically mentioned reptiles such as the large lizard, gecko, monitor lizard, sand reptile, sand lizard, and chameleon (Leviticus 11:29-31). Immediately following this listing of reptiles, the text states: “Whoever touches them when they are dead shall be unclean until evening” (11:31).

Interestingly, reptiles have a much higher rate of carrying Salmonella bacteria than do most mammals, especially those listed as clean in the Old Law. The Center for Disease Control has repeatedly warned people about the possibility of being infected with Salmonella passed through reptiles. In summarizing the CDC’s 2003 report, Lianne McLeod noted that the CDC estimates over 70,000 cases of human Salmonella infection a year are related to the handling of reptiles and amphibians (2007). The CDC recommends that homes with children under five should not have reptiles as pets. Furthermore, while other animals such as cats and dogs can pass Salmonella, McLeod noted:

As high as 90% of reptiles are natural carriers of Salmonella bacteria, harboring strains specific to reptiles without any symptoms of disease in the reptile. While it is true that many pets can carry Salmonella, the problem with reptiles (and apparently amphibians) is that they carry Salmonella with such high frequency. It is prudent to assume that all reptiles and amphibians can be a potential source of Salmonella (2007, emp. added).

In light of such evidence, the prudence of the Mosaic prohibition to eat or handle reptile carcasses is clearly evident.

Of further interest is the fact that reptilian Salmonella contamination can occur without even touching a reptile. If a person touches something that has touched a reptile the bacteria can spread. The ARAV (Association of Reptilian and Amphibian Veterinarians) made this statement: “Salmonella bacteria are easily spread from reptiles to humans. Humans may become infected when they place their hands on objects, including food items, that have been in contact with the stool of reptiles, in their mouths” (“Salmonella Bacteria…,” 2007).

When this statement by the ARAV is compared with the injunctions in Leviticus 11:32-47, the astounding accuracy of the Old Testament regulation is again confirmed.

After reading Leviticus 11:32-34, it seems as though a microbiologist was present with Moses to explain the perfect procedures to avoid spreading Salmonella and other bacteria from reptiles to humans. How could Moses have accurately laid down such precise regulations that belie a superior understanding of bacteria? An honest reader must conclude that he had divine assistance.

Moses specifically forbade the Israelites to eat bats (Leviticus 11:19). The wisdom of this instruction is demonstrated by the fact that bats often carry rabies. While it is true that many animals are susceptible to rabies, bats are especially so. The American College of Emergency Physicians documented that between 1992 and 2002, rabies passed from bats caused 24 of the 26 human deaths from rabies in the United States (“Human Rabies…,” 2002). In the Science Daily article describing this research, “Robert V. Gibbons, MD, MPH, of Walter Reed Army Institute of Research in Silver Spring, MD., reviewed the 24 cases of humans with bat rabies.” From his research, he advised “the public to seek emergency care for preventive treatment for rabies if direct contact with a bat occurs” (“Human Rabies…,” 2002). Moses’ instruction to avoid bats coincides perfectly with modern research. Once again, the super-human wisdom imparted through Moses by God cannot be denied by the conscientious student of the Old Testament.

It is true that today, equipped with our modern understanding of food preparation and consumption, we usually can safely prepare and eat shellfish, effectively clean surfaces contacted by reptiles, and safely remove the toxins in fish such as the blowfish. But our knowledge has come through literally hundreds of years of detailed scientific experimentation unavailable to the Israelites. The Old Testament food regulations exhibit perfect instructions for a primitive people wandering in the wilderness. The instructions take into account the materials and procedures for food preparation that were available to the Israelites. Working within these limitations, the laws provided for the maximum amount of safe food consumption and health benefits. Modern dieticians and medical professionals who have compared Moses’ instructions to effective modern methods have come to realize the astonishing value and insight of the Old Testament text. As Dr. David Macht wrote: “Every word in the Hebrew Scriptures is well chosen and carries valuable knowledge and deep significance” (1953, p. 450). Such is certainly the case in regard to the laws of food consumption listed in its pages. Indeed, the wisdom found in the Old Testament dietary laws provides excellent evidence for the divine inspiration of the Bible.

Macht, David I. (1953), “An Experimental Pharmacological Appreciatioin of Leviticus XI and Deuteronomy XIV,” Bulletin of the History of Medicine, September-October: 27:5. 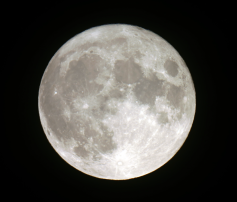