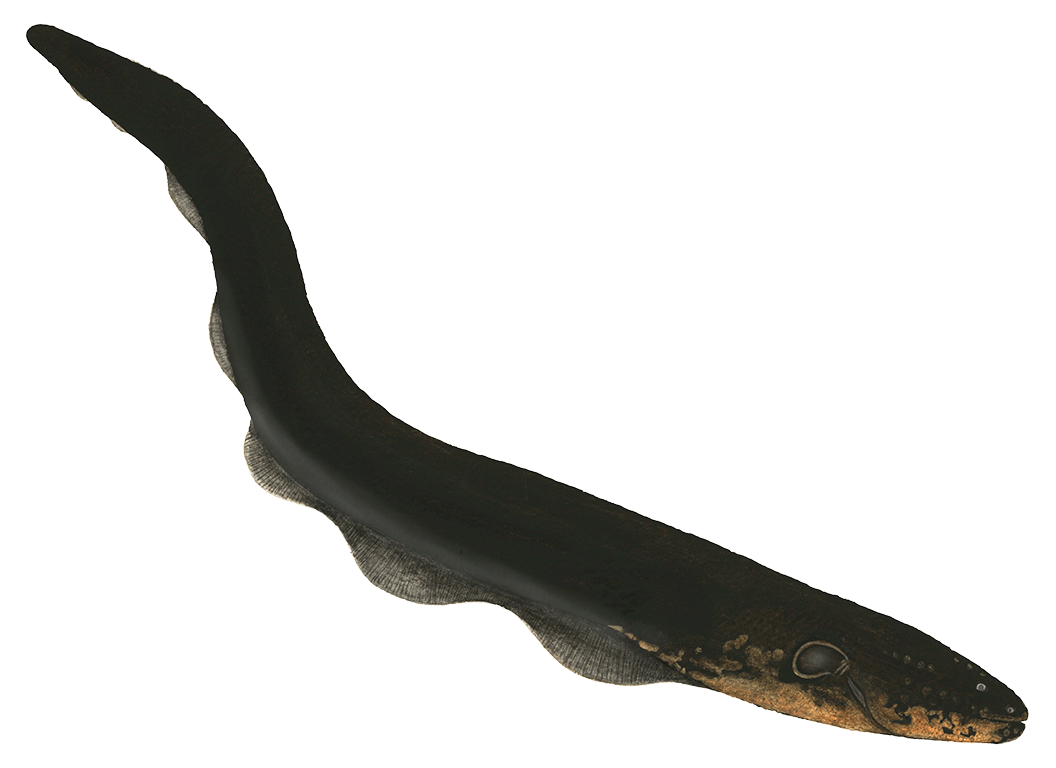 Electric eels are puzzling to a lot of people. Their six-foot-long, tubular, scaleless bodies look and move more like snakes than fish. But scientists actually classify them as fish. Adding to the confusion, however, is that scientists do not classify electric eels as eels, but knifefish.

So how do electric eels produce electric charges? It’s all in the design of the animal. God made this curious creature with three pairs of organs (six in all), which make up nearly its entire tail region—about 80% of its body. These organs are made up of about 6,000 electroplaques (i-LEK-tro-plaks). Electroplaques are muscles arranged like batteries. These muscles do not contract like normal muscles. Instead, they give off electrical charges. At will, an electric eel can send signals from its brain, through various nerves, to its battery-like muscles. What’s more, this divinely designed creature can choose to produce a small current of electricity, or it can carry out a shock of up to 600 volts—enough to stun a horse. Electric eels use these electrical currents for a variety of reasons. They use this ability (1) to defend themselves from predators, (2) to stun or kill their prey, and (3) to communicate with other electric eels.

How could evolutionary theory ever adequately explain a creature as extraordinary as the electric eel?

The only explanation that logically explains the first electric eel is God. On day five of Creation, He specially designed “every living thing that moves, with which the waters abounded” (Genesis 1:21), including the extraordinary electric eel.