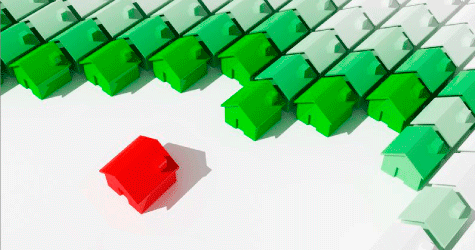 Churches of Christ (Romans 16:16) have long been demonized for their insistence that all peoples are required to render obedience to the God of heaven, and that this obedience means that people must not tamper with God’s Word by inventing new churches, doctrines, creeds, and religions. They have insisted that the Bible depicts for humanity the religion of God, i.e., New Testament Christianity. Catholicism, Protestant denominationalism, and the plethora of manmade churches that have sprung up over the centuries are departures from “the faith” (1 Timothy 4:1). They have maintained that it is possible—and necessary—for a person to go back behind all denominational creeds and affiliations, and to be simply a New Testament Christian, a member of the New Testament church.

This biblical posture has brought down upon members of churches of Christ a great deal of abuse, ridicule, and antagonism. The revulsion manifests itself in such accusations as: “You think you’re the only ones going to heaven.” Especially with the massive shifting that has taken place in American culture in the last 50 years, with “political correctness” and the “I’m Okay, You’re Okay” mentality having thoroughly saturated national consciousness, anything that smacks of “exclusivity” is immediately demeaned and dismissed as “intolerant,” “mean-spirited,” “judgmental,” and even “a cult.” This mindset has literally infiltrated and infected most Americans. Take, for example, the following statement regarding the name for the church of the Bible:

The truth is that the name “Church of Christ” carries the baggage of an exclusivistic mentality to many people in our culture. “Oh, yeah,” somebody says, “those are the people who think they’re the only ones going to heaven.” One lady said that she never would have come into our building if she had known we are a “Church of Christ.” Once she came in and experienced the presence of God in this body, however, she isn’t about to leave! She and her children—from a very different denominational background—are reveling in the experience of Christ in this community of faith (Shelly, 1998, emp. added).

What does it mean to be “exclusivistic”? The dictionary definition of “exclusive” is “excluding or tending to exclude; not allowing something else; incompatible; not divided or shared with others; not accompanied by others; single or sole; excluding some or most, as from membership or participation” (American…, 2000, p. 620). A simple perusal of the New Testament reveals that the church of the New Testament is the church of Christ. He built her (Matthew 16:18). He gave Himself for her (Ephesians 5:25), and purchased her with His own blood (Acts 20:28). He loves her, nourishes her, and wishes to maintain her holy, unblemished nature (Ephesians 5:25-27,29). Christ’s church is not to be equated with the denominational churches that mere humans have established. This is where the name for the church becomes an important factor. Christ’s church will wear His name. Granted, a church may wear His name and claim to be His church when, in fact, it is not. But a church that identifies itself by some denominational designation that draws attention away from the founder (i.e., Christ) to some point of doctrine or lesser spiritual aspect cannot rightly be said to be His church.

Alas, such reasoning is almost universally rejected in today’s permissive climate of indiscriminate acceptance and toleration. Certainly, to suggest that there is “one church” (Ephesians 4:4a), and that every accountable person is obligated to submit to Christ’s plan of salvation in order to be added to that one church, is to be guilty of “exclusivism.” That is the very nature and essence of truth; it is narrow and exclusionary. But is there any indication elsewhere in the Bible that God’s will is exclusive? Does the Bible teach that the correct approach to life and religion is, in actuality, very narrow, rigid, and restrictive? Does the Bible endorse the current climate of toleration, acceptance, and openness?

Consider one brief illustrative incident. At the very beginning of human history, God placed the first man and woman in a beautiful garden paradise. He gave them wide latitude in exercising their own discretion with regard to daily dietary decisions (Genesis 2:16). However, He placed upon them one restriction: they were to refrain from eating the fruit from one particular tree (Genesis 2:17). Satan took issue with this restriction, and urged Eve to do the same (Genesis 3:4-5). She succumbed to his prodding, and to her own fleshly appetites, and ate of the fruit, encouraging her husband to do likewise. The result? Sin was introduced into the world, and the first family was changed forever and permanently banished from the beautiful garden. Question: was the restriction placed upon Adam and Eve by God exclusivistic? That is, did His instructions to them “not allow something else”? Were God’s directives “incompatible” with what Eve wanted to do? Was God’s command “not divided or shared with others” and “not accompanied by others”? Was God’s “my way or the highway” attitude inappropriate? To ask is to answer.

Make no mistake: no human and no church have a “corner on truth.” Gospel salvation is available to all: “For the grace of God that brings salvation has appeared to all men” (Titus 2:11); “And the Spirit and the bride say, ‘Come!’ And let him who hears say, ‘Come!’ And let him who thirsts come. Whoever desires, let him take the water of life freely” (Revelation 22:17). God decides who will be saved and who will be lost. However, He has given us His Word to inform us as to His will and His decisions. He says that He wants everyone to be saved (1 Timothy 2:4). He says that He does not want even one person to perish in hell (2 Peter 3:9). But He also says that most people will spend eternity in hell (Luke 13:23-24). He is most certainly inclusive in that He offers salvation to all without partiality. But He is equally exclusive in that he requires a proper response of obedience to His directives (John 14:15).

We would do well to jettison our petty jealousies, pride, and political loyalties, devote ourselves to ascertaining the precise parameters of God’s directives, and then focus on conforming to His will—“bringing into captivity every thought to the obedience of Christ” (2 Corinthians 10:5). He is “the author of eternal salvation unto all them that obey Him” (Hebrews 5:9). There are only two possible courses in life: “sin unto death, or obedience unto righteousness” (Romans 6:16). Jesus Himself declared that the former approach to life is “wide” and “broad,” and that most people go that direction (Matthew 7:13). He also stated that the latter approach is “strait” and “narrow” (i.e., exclusivistic!), and few people muster the gumption to confine themselves to that rigid, strict course (Matthew 7:14; Luke 13:23-24). Faithful Christians will remain undaunted when demonized as “exclusivistic,” since they are merely teaching and advocating that which God instituted. After all, an objective appraisal of the Bible reveals that Jesus, Himself, was an exclusionist. God is, in reality, the God of exclusivism!