Can dogs feel emotion? We had two dogs, a male and female.  They had ten puppies.  We slowly got rid of all but two of the puppies, and none of the dogs seemed to notice. But then one day we got rid of the remaining pups and their mother.  The father seemed to mourn for about three days. He would just sit on the porch and do nothing, not even wag his tail or eat. He was usually very active. After three days he was back to normal.

I was sad when I read that the father of those pups was left all alone. But then I smiled when I learned that he had returned to his normal self. Can dogs and other animals feel emotion? That is a very good question.

Animals feel a wide range of something like emotions. They can feel something similar to our happiness, sadness, anger, affection, and stress. For instance, what does your dog’s tail do when you go out to the porch and play with him? It wags! That’s his way of expressing happiness and joy. It’s similar to when cats purr. Researchers have found that most emotions are accompanied by the production of certain brain chemicals. When animals are scared, the brain produces chemicals that make them alert and ready to flee, while happy thoughts cause the brain to release chemicals that soothe and calm. However, animals don’t feel the same emotions that humans do. For instance, have you ever felt guilty because you did something wrong?

One major difference in animals and humans is that God instilled a soul in humans. Genesis 1:26-27 tells us that humans were made in the image of God, but animals were not. While animals may possess certain emotions, they do not have a soul. Thanks for your letter. 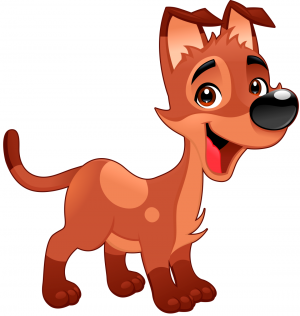