Does the Bible Lie?

The light shone brightly into the eyes of the suspect who was seated between two FBI special agents in black suits. “Where were you the night of October 31, 2014?” demanded one of the agents. The suspect nervously muttered, “I already told you, I was at a Halloween party with some friends.” The questioning continued: “And what exactly were you doing at that party?” asked the same demanding agent. “I bobbed for apples,” retorted the suspect in his shaky voice. Many hours  later, during a different questioning period, another officer asked the same suspect a question that seemed to be very silly: “Have you ever bobbed for apples?” The suspect firmly replied, “No, I have never in my life bobbed for apples.”

Some people accuse the Bible of doing the exact same thing as the lying suspect. They claim that the Bible contradicts itself, which means that it says one thing in one place, and then says something totally opposite in another place.

The Christian claims that the Bible is the Word of God. Yet if it contradicts itself, then that would make God a liar. And since the Bible says that God cannot lie (Titus 1:2), then any book with contradictions in it could not have been inspired by God. Therefore, if a real contradiction could be found in the original autographs of the Bible, then it is not the Word of God.

The truth is, when all the facts are considered, each thing that people have found in the Bible that they thought was a contradiction has been shown to be something other than a true mistake. That is a powerful statement, considering the fact that no book in the world has been examined more closely than the Bible.

Generally, most of the things that people think are mistakes in the Bible can be solved by answering three simple questions: (1) Is the same person or thing being considered? (2) Is the same time period being discussed?; and (3) Is the same sense under consideration?

Further, the same time period must be under consideration. Leroy Jones could have made a fortune in his early twenties as an oil tycoon and been very rich, but after a terrible stock market crash could have lost everything he owned. At one time, then, he was rich, but now he is poor. The two statements could have been accurately describing his life at the time each was made.

Also, the statements must be talking about the same sense. Leroy Jones could have more money than anyone else in the entire world, but if he is not following God, then he is poor. On the other hand, he could have absolutely no money, but be rich in spiritual blessings. After all, “Has God not chosen the poor of this world to be rich in faith” (James 2:5)? Answering these three questions helps a lot in resolving the contradiction controversy.

Adding Information to a Story

Sometimes, people accuse the Bible of making mistakes when the same story is told differently by different authors. For example, in Matthew 14:21 the Bible says that Jesus fed about five thousand men, and that He also fed women and children. But in Mark 6:44, it says that He fed about five thousand men. Mark never mentions the women and children. Is that a mistake? No, of course not. Did He feed about 5,000 men? Yes, and that makes Mark correct. Did Jesus feed about 5,000 men, along with some women and children? Yes, which makes Matthew right, too. Just because one account “adds” some things does not mean that the accounts contradict each other.

To illustrate this point, suppose you and your mother went to the mall. When you came home, your sister asked what you did at the mall. You told her about playing video games and eating cinnamon rolls. Your mother told her about all the good clothing stores you visited. Your mother’s details are different from yours, but they are not contradictory. She simply “added” some things to your story.

Suppose that the weatherman comes on the television and announces, “the Sun will rise at 6:03 a.m. on Saturday.” Even though the Earth rotates and the Sun really is not rising at all, we have no problem understanding his comment. We call this “phenomenal” language—language that is used in everyday speech to refer to ordinary phenomena.

On occasion, the Bible also uses this type of language. In Psalm 50:1, the writer described the Sun as rising, and in 1 Corinthians 15:6 Paul described some of the Christians who had died as having “fallen asleep.” No one would accuse the weatherman of making a scientific mistake when he says that the Sun will rise. Likewise, the Bible should not be accused of making mistakes when it uses the same type of language.

No one has ever found one real contradiction in the Bible. Isn’t it wonderful that God has given us the Bible without any contradictions in it? 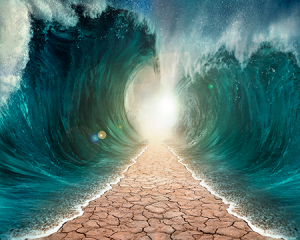 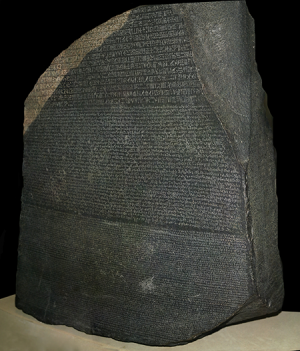 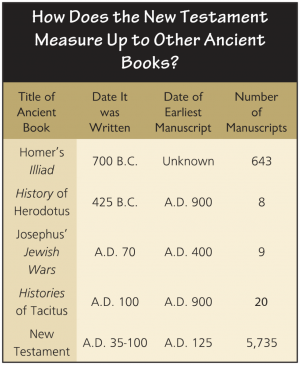