Does God “Look on Wickedness”? 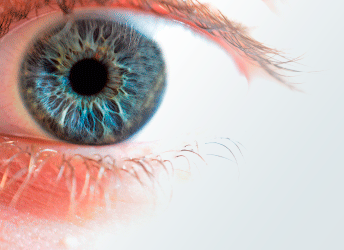 The prophet Habakkuk once spoke to God, saying, “You are of purer eyes than to behold evil, and cannot look on wickedness” (1:13). Some have questioned how this statement could be true, considering God allowed the diabolical devil to come before His presence on the “day when the sons of God came to present themselves before the Lord” (Job 1:6). How can God be described accurately as having “purer eyes than to behold evil,” when Satan, “the evil one” (Matthew 6:13), was able to present himself before the Lord and have a conversation with Him? If God can be in the presence of “the wicked one” (1 John 3:12), how can He simultaneously not be able to “look on wickedness”?

Consider, first of all, the fact that the Bible repeatedly testifies to God’s omniscience and omnipresence. “[T]here is no creature hidden from His sight, but all things are naked and open to the eyes of Him to whom we must give account” (Hebrews 4:13). Neither the righteous nor the wicked can flee from God’s presence (cf. Psalm 139:7-8). He fills heaven and Earth (Jeremiah 23:23-24). Indeed, God is the all-knowing, ever-present One. Thus, given the Bible’s overall teaching about the nature of God, it should be obvious that Habakkuk 1:13 means something other than “God does not know or see what the wicked are doing.”

Second, that Habakkuk meant something other than “God cannot literally look upon wickedness” is also evident from the very chapter and verse in which he makes this statement. After declaring, “You are of purer eyes than to behold evil, and cannot look on wickedness” (1:13a), he asked, “Why do You look on those who deal treacherously, and hold Your tongue when the wicked devours a person more righteous than he?” (1:13b, emp. added). Those who “deal treacherously” certainly are engaged in wickedness, and yet, God looks on them. Consider also verse two where the prophet asked, “[H]ow long shall I cry, and You will not hear?” (emp. added). What did he mean by “hear”? He explained in his next statement: “Even cry out to You, ‘Violence!’ and You will not save” (emp. added). Thus, to “hear” in verse two meant “to save.” Similarly, in verse 13 the prophet was not suggesting that God cannot see the wicked. He does, in fact, see them and often even allows them to continue in their existence for a time in order to fulfill His purposes.

In context, Habakkuk was bewildered by the fact that God was using a wicked nation like Babylon to punish Judah. The prophet was undoubtedly aware of Judah’s perverse ways (1:1-4), but did not understand why God would “look” toward the extremely wicked nation of Babylon in order to punish the Jews. The truth is, however, God neither approved of nor ignored Babylon’s sins. After He providentially used them to punish the Jews, He likewise brought judgment upon the Babylonians. Just as He predicted (Jeremiah 50-51; Isaiah 21; 45:1; etc.), Babylon was soon destroyed in the sixth century B.C.

God’s perfectly holy, just, divine nature will not allow Him to “look on wickedness”—meaning, He cannot delight, accept, or ignore iniquity. He hates sin (Proverbs 6:16-19). He “is against those who do evil” (1 Peter 3:12). He may have allowed Satan to come into His presence with the sons of God, but God never looks upon wickedness with pleasure and approval.

Be careful, however, not to confuse God’s refusal to approve sin, with the idea that He does not use sinners—or even Satan—to accomplish His will. He used the extremely wicked Chaldeans to bring judgment upon the Jews. He used the Medes and Persians to destroy the Babylonians. And He even used Satan to prove that His servant Job was faithful, and ultimately to show Himself as the sovereign Ruler of the Universe, Who warrants man’s unwavering respect and loyalty.