Despite God commanding the use of capital punishment for more than sixteen offenses (see Miller, 2002), some people still allege that there is a discrepancy between the biblical commands to execute certain offenders, and the sixth commandment in Exodus 20:13. The classical translation of Exodus 20:13, and the one used in many versions of the Bible, reads: “Thou shalt not kill.” This rendering is most familiar, and leads many to believe that Exodus 20:13 prohibits all killing.

A clarification of this alleged discrepancy lies in a proper understanding of the Hebrew word rendered “kill” in Exodus 20:13—ratsach. It is used forty-three times in the Old Testament (Wigram, 2001, p. 1190), and often is translated as “murder.” Koehler and Baumgartner defined ratsach as “kill,” “murder,” or “slay” in the verbal forms, and as “manslayer” in the participle form. In the participle, there appears to be no difference between intentional and accidental killing (Holladay, 1988, p. 346). Brown, Driver, and Briggs defined ratsach as “murder, slay,” and noted also that the distinction between unintentional and intentional killing does not seem to be carried by this word (2001, p. 953). Domeris spoke of the use of ratsach in Exodus 20:13:

As it stands, it is a blanket prohibition against the taking of a person’s life by an individual or by a mob, who target an individual, with all the attendant savagery. In the wider context of the OT, the prohibition may be defined more narrowly as the taking of a life outside of the parameters (as in the case of war or capital punishment), laid down by God… (1997, 3:1188-1189, parenthetical item in orig.).

The lexicons give the meaning of ratsach as killing someone outside of the grounds set by God, which included warfare and executions.

However, it appears that another nuance of the word could be killing by striking a blow. In the passages concerning the cities of refuge, the definition of ratsach is narrowed to one who strikes a death blow against another person, usually motivated by feelings of anger or hatred:

But if anyone hates his neighbor, lies in wait for him, rises against him and strikes him mortally, so that he dies, and he flees to one of these cities, then the elders of his city shall send and bring him from there, and deliver him over to the hand of the avenger of blood, that he may die (Deuteronomy 19:11-12, emp. added). [NOTE: Ratsach does not appear in verses 11-12, but is used earlier in the context.]

One also may ratsach without intent or hatred:

However, if he pushes him suddenly without enmity, or throws anything at him without lying in wait, or uses a stone by which a man could die, throwing it at him without seeing him, so that he dies, while he was not his enemy or seeking his harm, then the congregation shall judge between the manslayer and the avenger of blood according to these judgments (Numbers 35:22-24).

And this is the case of the manslayer [participle of ratsach] who flees there, that he may live: whoever kills his neighbor unintentionally, not having hated him in time past—as when a man goes to the woods with his neighbor to cut timber, and his hand swings a stroke with the ax to cut down the tree, and the head slips from the handle and strikes his neighbor so that he dies—he shall flee to one of these cities and live; lest the avenger of blood, while his anger is hot, pursue the manslayer and overtake him, because the way is long, and kill him, though he was not deserving of death, since he had not hated the victim in time past (Deuteronomy 19:4-6).

Therefore, it appears that the proper translation and understanding of ratsach would be: “to kill by striking or pushing, usually in malice, but sometimes unintentionally.”

Many of the forty-three occurrences of ratsach support this meaning. It is used thirty-two times in reference to the one who strikes and kills his brother, and then flees to the city of refuge, and is used twice as one of the Ten Commandments (Exodus 20:13; Deuteronomy 5:17). Deuteronomy 22:26 commands the execution of any man who raped a betrothed girl in the country, and compares the sentence he is to receive with the sentence of one who commits ratsach against his neighbor. This may support the translation of killing by striking, since Deuteronomy 22:26 uses the phrase “rises against his neighbor,” perhaps denoting a violent action involved in the killing.

Ratsach in Judges 20:4 refers to a concubine who was murdered in Gibeah. Judges 19:22-28 records that she was raped and abused, which probably included striking her in such a way as to cause mortal injury. Thus, she was referred to as haniretsachah, literally “the woman who was murdered” by the injuries sustained. In 1 Kings 21:19, Elijah is told to ask Ahab if he had ratsach Naboth in order to take his vineyard. According to 1 Kings 21:10, Jezebel, wife of King Ahab, ordered, in Ahab’s name, that Naboth be stoned to death—thus the king is questioned about the ratsach of Naboth. Both of these passages support ratsach as a murder by striking, as does 2 Kings 6:32, where the son of Ahab is called the “son of a murderer.”

Job 24:14, Psalm 62:3, Psalm 94:6, Isaiah 1:21, Jeremiah 7:9, and Hosea 4:2 do not support any further refinement of ratsach, but they do not prohibit a refinement either. Proverbs 22:13 refers to a man being ratsach by a lion, which could refer to a lion striking and killing a person. In speaking of the sins of God’s people, the prophet Hosea compares robbers lying in wait to priests murdering: “As bands of robbers lie in wait for a man, so the company of priests murder on the way to Shechem; surely they commit lewdness” (6:9). Usually, robbers would beat their victims to death, so it is probable that the ratsach committed by the priests carried the same connotation—of murder by beating.

Numbers 35:30 brings an interesting understanding to the word ratsach: “Whoever kills a person, the murderer shall be put to death [ratsach] on the testimony of witnesses; but one witness is not sufficient testimony against a person for the death penalty.” It appears that God was allowing a retributive punishment in the case of one who killed, with malice aforethought, by striking. As he gave, so he got—this being in agreement with the “eye for an eye” principle of Exodus 21:23-25: “But if any harm follows, then you shall give life for life, eye for eye, tooth for tooth, hand for hand, foot for foot, burn for burn, wound for wound, stripe for stripe.” 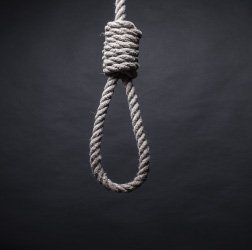 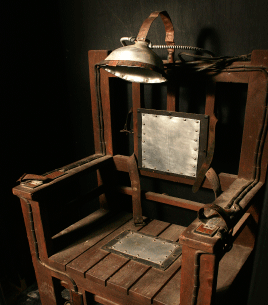 Capital Punishment and the Bible 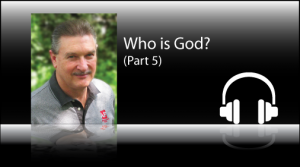