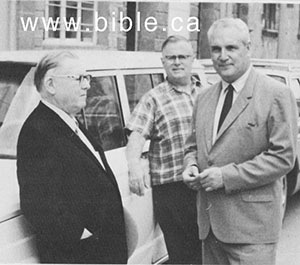 In 1944, a man named Waldemar Julsrud was riding a horse near the foot of the El Toro mountain in Acambaro, Mexico. Looking at the ground, he noticed some carved stones and ceramic pieces sticking out of the ground, half buried in the dirt. He jumped off his horse and began to dig up the artifacts, which were unlike any he had ever seen. He was familiar with many artifacts from the ancient Indian tribes that had lived in the area, but these looked even older. Thinking that there might be more of the ceramics and stone carvings, he made a deal with a local farmer. For every unbroken piece the farmer dug up, Julsrud would pay him one peso (about 12 cents). At the time, over 20,000 artifacts were found. Many of them were faces of people, musical instruments, masks, idols, and other such things. Each one was different from the others. They were not made using a mold, but were handcrafted. Among the figurines, hundreds of dinosaur sculptures were found. Some of the dinosaur sculptures were as much as five feet long. Among the different dinosaur figurines found, dinosaurs such as the Triceratops, Stegosaurus, Diplodocus, Iguanodon, Brachiosaurus, and the Tyrannosaurus rexcould easily be identified.

Many people did not believe that the figurines could be really old, because they were such accurate models of the dinosaurs. Since dinosaurs and man are thought to have been separated by millions of years, many scientists who believe in evolution say that the figurines must be fake. But it is impossible for them to be fake, because many other people since the 1940s have found the same type figurines. In fact, in order to prove that the artifacts were not faked, a man named Charles Hapgood found a house that had been built in the 1930s, 14 years before any dinosaur figurines were found. Beneath the concrete living room floor Hapgood found exactly what he expected to find—more figurines. He proved that Julsrud could not have faked the discovery. 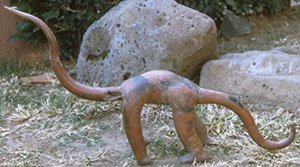 Since the 1950s, over 33,700 figurines have been found. Many hundreds of them are accurate models of dinosaurs. Several scientists have investigated the figurines, eye-witnesses have seen them dug out of the ground, and dating has been done that shows they are hundreds or thousands of years old. How could the natives at Acambaro have known what dinosaurs looked like if they had not seen them? The truth is, dinosaurs and man have lived together in the past. God created all the animals and Adam and Eve on days five and six of the Creation week. Dinosaurs and humans have never been separated by millions of years, and the Acambaro figurines prove that beyond any doubt.