Since 1978, the scientific community has thrown heavy support to the story that a huge asteroid hammered the Earth 65 million years ago and caused the dinosaurs to go extinct. Beautifully illustrated books feature detailed pictures of the alleged event. Multi-million-dollar movies have presented the animated version of the purported catastrophe and indelibly ingrained the idea into the minds of millions. Of course, this epic mass-extinction never happened in real life. Young Earth creationists have known this truth for years. Besides the fact that the millions-of-years timetable is a myth, it is a scientific, historical, and biblical fact that dinosaurs went extinct only a few hundred years ago (see Lyons and Butt, 2008).

Now, however, even the evolutionary scientific community is calling the asteroid fable into question. Jeffrey Kluger wrote an article titled “Maybe an Asteroid Didn’t Kill the Dinosaurs” (2009). In the article, he reviewed a study in the Journal of the Geological Society, which he says throws the entirety of the asteroid theory “into question” (2009).

The study, done by geoscientists Gerta Keller and Thierry Addate, asserts that the massive die-off occurred 300,000 years after the asteroid impact. To arrive at this figure, they studied a 30-foot layer of sediment just above the alleged asteroid impact layer. Using uniformitarian assumptions, they claimed that the layers of the sediment were laid down at a rate of about one inch per thousand years, giving an approximate time of 300,000 years. Furthermore, they looked at “52 distinct species” below the 30-foot sediment, and the same 52 were present through the 30-foot layer of sediment. The die-offs of the species were not seen until 300,000 years after the supposed asteroid impact (Kluger). Thus, the authors concluded that the asteroid could not have caused the dinosaur extinction. [NOTE: We do not believe the uniformitarian assumptions, nor the vast amounts of geological time. They are reported simply to show that the evolutionary scientists themselves have a problem with the standard dinosaur extinction model.]

Kluger then asked the question that comes to many of our minds: “So if the Chicxulub asteroid didn’t kill the dinosaurs, what did?” He answered his own question, stating: “Paleontologists have advanced all manner of theories over the years.” Indeed they have, but the vast majority of these theories have been plagued by false uniformitarian assumptions, as well as the denial of the evidence that dinosaurs and humans lived at the same time (see Lyons and Butt, 2008). There remains one cataclysm in ancient history that the atheistic scientific community refuses to factor into dinosaur mass destruction—the global Flood. The Flood persists as the best explanation for the massive dinosaur graveyards that exist today (Lyons and Butt, pp. 205-223). Furthermore, the Flood is a historical reality that simply cannot be written out of the record like so many false dinosaur extinction theories have been. 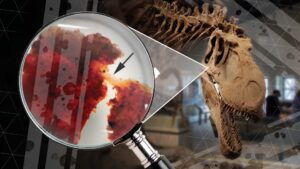 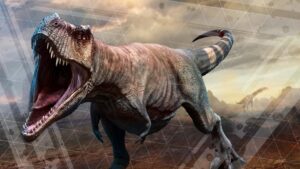