“We have the fossils. We win.” That was the caption on a picture of human-like fossils that was shown on the Internet by evolutionists. The fossil record is one of the most often used pieces of evidence to try to claim evolution is true. If Darwinian evolution occurred, there certainly should be proof in the fossil record of the gradual evolutionary changes (transitions) that had to happen between different kinds of creatures. In fact, just considering the evolution of humans, if we evolved from an ape-like creature two to three million years ago as evolutionists suggest, there should be millions of transitional fossils that prove it.

But in the words of Harvard evolutionary biologist Richard Lewontin, the fossil record is “poor” in providing evidence of human evolution. According to Lewontin, we have merely “a handful” of alleged human-like fossils that he admitted cannot be known with certainty to be human ancestors. Recently the Editor-in-Chief of a popular science magazine said, “Pieces of our ancient forebears generally are hard to come by…. Scientists working to interpret our evolution often have had to make do with studying a fossil toe bone here or a jaw there.” Not much to work with, and further, what she did not highlight is the fact that in time, after other scientists have studied the fossils, those toe bones and jaws that are rashly claimed as evidence for evolution prove not to be what they initially thought. Here are some famous examples from the last several decades:

New human and ape fossils are dug up each year, and as famous evolutionary skeptic Michael Shermer explained, if you want to become famous for your discovery and get published in a popular journal, you had better claim that your fossil is proof of something new—a new transitional species. So paleoanthropologists (scientists who study ancient humans) tend to be rash and irresponsible in making claims about what they have found. There are never any fossils that all scientists agree prove what their discoverers claim. And that fact clarifies why the late evolutionary paleontologist Colin Patterson of the British Museum of Natural History in London said what he did concerning the fossil record. After writing a textbook on evolution and being asked why he did not include any examples of transitional creatures in the book, he admitted that “there are no transitional fossils…for which one could make a watertight argument.”

Bottom line: if evolution is true, there should be solid evidence of it in the fossil record. But it’s not there. In truth, the fossil record supports what the Bible claims about the origin of humans: we did not evolve from an ape-like creature. We have always been human. When famous Harvard paleontologist Stephen Jay Gould admitted that transitional species are “absent” in the fossil record and that “transitions between major groups are characteristically abrupt,” he was unintentionally admitting that the Bible is right. God created separate kinds (i.e., “major groups”) of creatures from the very beginning (Genesis 1:21,25). Those kinds did not evolve from or into other kinds, and the evidence to prove that they did is missing. 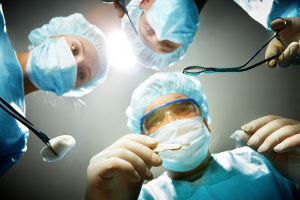