Did Paul Write About Jesus as a Historical Person?

In his book, The Pagan Christ, Tom Harpur claims that the story of Jesus was mythical. To bolster his assertion that there never was a real human named Jesus as depicted in the gospel accounts, Harpur alleges that the apostle Paul, whose writings were penned before the gospel accounts, never mentioned Jesus as a historical figure. Harpur wrote: “The earliest writings in the New Testament, which make up more than one-quarter of its total content, are the letters of the Apostle Paul. What is absolutely striking about them is their virtual silence on the whole subject of a historical Jesus of Nazareth” (2004, p. 166). Harpur believes this claim to be of such force that “[t]here is no question that this is the datum that ultimately stares down the proponents of historicity…. Paul never once mentions the man Jesus, in the full historical sense” (pp. 166-167).

Harpur, anticipating the fact that many who read Paul’s writings see that the apostle mentioned Jesus, wrote:

Of course, a critic will argue that Paul does occasionally speak of Jesus by name. This is quite true. But today, most Bible theologians agree that even when he does so, he is not talking about a man of flesh and blood, a historical person, any more than the Egyptians were when they spoke of Iusa millennia earlier…. Yes, Paul does talk about “this Jesus whom we have seen,” and at times he gives the impression he has an interest in an actual person, but closer examination shows that he really is speaking always of mystical visions of an exalted, spiritual being whom he calls Christ (pp. 167-168).

Is it true that Paul only mentioned Jesus “occasionally” and never referred to Him as a flesh and blood human being? Certainly not. In fact, it is amazing that Harpur could make such an outlandish, unscriptural claim and still have his book published by anyone familiar in the least with Paul’s writings.

The fact of the matter is Paul often spoke of Jesus in terms that cannot be understood correctly in any way other than as a historical, flesh-and-blood human being. Paul used the name “Jesus” 218 times in his writings (Strong, 2001, p. 453), not counting other names for Jesus like Christ or Lord. For Harpur to say Paul “occasionally” mentioned Jesus is outright dishonesty. Paul used the name Jesus five times in the first eight verses of Romans, seven times in the single-chapter book of Philemon, and 22 times in the brief, four-chapter book of Philippians. An honest account of Paul’s writings shows that they are replete with Jesus’ name, containing it an average of two and a half times per chapter.

Not only did Paul repeatedly mention Jesus, but he specifically stressed that Jesus had come in the flesh as a real human being. For instance, in 1 Timothy 2:5, Paul wrote: “For there is one God and one Mediator between God and men, the Man Christ Jesus.” To elucidate what he meant by the word “man,” Paul wrote in Philippians 2:5:

Let this mind be in you which was also in Christ Jesus, who, being in the form of God, did not consider it robbery to be equal with God, but made Himself of no reputation, taking the form of a servant, and coming in the likeness of men. And being found in appearance as a man, He humbled Himself and became obedient to the point of death, even the death of the cross (emp. added).

Any attempt to turn Paul’s phrase “in the likeness of men” into some sort of spiritual, mystical appearance is doomed to failure. Furthermore, Paul more specifically mentioned that “the likeness of men” that he discussed in Philippians meant human flesh. Paul wrote to the Romans about “Jesus Christ our Lord, who was born of the seed of David according to the flesh” (Romans 1:3, emp. added). The apostle further mentioned in 1 Timothy 6:13 that Jesus “witnessed the good confession before Pontius Pilate” (emp. added).

Harpur’s major contention is that Paul did not mention details about Jesus’ life such as His birthplace in Bethlehem, His mother’s name, or His specific miracles. Yet, if the guiding hand of God produced the New Testament documents, it makes perfect sense that such information would not be repeated in Paul’s writings, since it was so thoroughly documented in Matthew, Mark, Luke, and John. In truth, the fact that Paul repeatedly alludes to Jesus in the flesh, but does not reiterate the various details of the gospel accounts, shows that Paul coincides with the Gospel writers, but was independent of them as well. Why would God need to record for the fifth time the various miracles and facts about Jesus’ life in the writings of Paul? Paul consistently dealt with many of the events in Jesus’ life such as His death, burial, resurrection, trial before Pilate, birth according to the seed of David, and the overarching fact that He took on the form of a human. Harpur’s complaint that Paul did not mention enough of the details that are recorded in the gospel accounts is a criterion that he and his fellow skeptics have arbitrarily chosen and that proves nothing.

Harpur’s false assertion that “Paul was a mystic, and he knew only the mystical Christos, Christ not ‘after the flesh’ but after the spirit” (p. 172) lacks scholarly integrity and biblical foundation. The obvious truth is that Paul saturated his writings with the name of Jesus and repeatedly stressed that Jesus had come in the flesh as a historical human being. The details he left out of his writings accord perfectly with what one would expect from divine inspiration, and show that, while he acknowledged the historical Jesus, his writings serve as testimony independent of the gospel accounts. 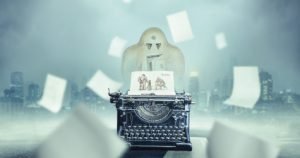 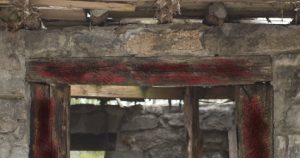 Proof of Bible Inspiration: The Passover