Creation vs. Evolution Homology In The News Origins
From Issue: R&R – March 2014

“It’s been proven! Life began in a primordial soup in lakes and oceans. If you don’t believe us, you’re an ignoramus…. No, wait. Scratch that. Actually, it began in space. If you don’t believe us, you’re an ignoramus. Wait…it began underground. Now, if you don’t believe us, you must be an ignoramus….” Once again, it appears that the evolutionary community is wrong in its long-time, dogged speculation about the origin of life according to the naturalistic model. While most of us grew up being taught in school definitively that life sprang into existence in some primordial soup, recent research is now calling that into question—proving that evolution has never had key answers that would prove itself to be true. Not surprisingly, the new research provides more support for the Creation model of origins.

Scientists have discovered 19 special microbes all over the globe, as far as 3.1 miles underground. The microbes were acquired from rock fissures in such diverse locations as North America, Japan, Europe, South America, and even deep hydrothermal vents in the Caribbean (Cantor, 2013). What makes them special is that they are “more than 97% identical, or practically the same species,” according to researcher Matt Schrenk of Michigan State University in East Lansing (Cantor), even though they have been found on opposite sides of the Earth. Rick Colwell of Oregon State University in Corvallis said, “There seems to be a core group of microbes that appears again and again in all of these environments” (as quoted in Brahic, 2013). Researchers believe that such similarities point “to a possible common ancestor about 3.5 billion years ago” (Cantor). But do such similarities really prove a common ancestor?

Evolutionists have long argued that similar body structures in various organisms is proof of common descent—proof that those creatures with similar structures evolved from a common ancestor. Creationists have long argued that a common Designer is a better explanation for such similarities, as is the case in the current discovery. The evolutionary model, with its common ancestor supposition, does not fit the evidence. New Scientist explains: “Nobody knows how these cosmopolitan bugs went global” (Brahic). Colwell notes, “It is hard to come up with a single hypothesis for how the organisms spread so widely” (as quoted in Brahic). Schrenk has proposed a “controversial explanation,” according to New Scientist, that speculates that plate tectonics is responsible for spreading the microbes, but Colwell says he does not “feel comfortable saying these organisms could have spread from a location” (as quoted in Brahic). After all, Schrenk, himself, admits that “[i]t is easy to understand how birds or fish might be similar oceans apart, but it challenges the imagination to think of nearly identical microbes (10,000 miles) apart from each other in the cracks of hard rock at extreme depths, pressures, and temperatures” (as quoted in Cantor).

Under the naturalistic evolutionary model, a solution is difficult, convoluted, and far-fetched. What if, instead, the evidence were interpreted in a different, simpler, straightforward way? The microbes did not come from a common ancestor in one location that then defied reasonable explanation in spreading all over the globe. Instead, they were created in the beginning already all over the globe. Microevolution then proceeded to cause small variations in the microbes; since macroevolution is impossible, they are still “more than 97% identical, or practically the same species.” The Creation model wins the reasonable test—yet, again. 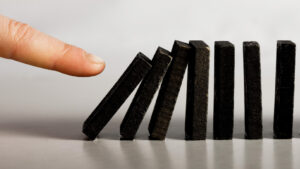