“My parents say that Jesus never died on the cross. He just fainted.” Imagine hearing that from one of your friends! Here is what the Gospels say about Jesus’ last few days on Earth.

– Jesus hardly slept before His arrest. He prayed all night while the disciples slept (Matthew 26:36-46).

– When Pilate was finished with Him, the Roman soldiers flogged Jesus with a scourge (Matthew 27:26). This meant whipping His back with a cruel device made of several cords attached to a stick. At the end of each cord was a sharp or heavy object, like a piece of bone or hunk of lead.

– They made Jesus carry a heavy wooden crossbeam. He was supposed to lug it through the streets of Jerusalem to Golgotha, the place of crucifixion. But He was so weak, the soldiers made someone else carry it for Him (Matthew 27:32).

– At Golgotha, the soldiers crucified Jesus (Matthew 27:35). This means they nailed Him to the crossbeam with huge iron nails, probably through the wrists. They lifted the crossbeam on to a large post, and may have nailed His ankles to the post. In this position, He would have had a hard time breathing.

– When the soldiers went to break Jesus’ legs to make Him die sooner, they found He was dead already. Just to make sure, they thrust a spear into His side (John 19:31-34). This probably pierced His heart.

After all this, how could anybody believe that Jesus just fainted? The fact is, the Romans were experts at crucifixion. There was no chance of making a mistake, especially after sticking a spear in someone’s heart. Jesus did die, and He did live again. This means the price for our sins has been paid, and there is a God Who can raise us to eternal life, just as He raised Jesus from the grave (1 Corinthians 15:13-19; Romans 6:4-7). 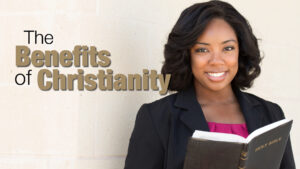 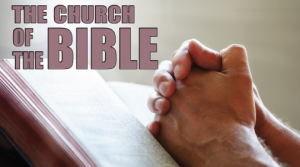 The Church of the Bible–Audio