Did Jesus Contradict the Law of Biogenesis in John 12:24? 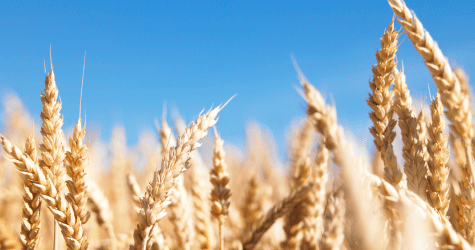 Did Jesus contradict the Law of Biogenesis in John 12:24?

In John 12:24, Jesus said concerning His approaching death, “Most assuredly, I say to you, unless a grain of wheat falls into the ground and dies, it remains alone; but if it dies, it produces much grain” (emp. added). The Law of Biogenesis says that in nature, life comes only from life of its own kind (Miller, 2012). Life cannot spontaneously generate or create itself. So, how could a grain which “dies,” subsequently produce living things? Does this phenomenon contradict the Law of Biogenesis? Did Jesus make a mistake? Was He ignorant of the scientific principle we call the Law of Biogenesis?

First, scientists understand today that a seed is typically not considered lifeless for some time, but rather, is dormant, and therefore, still able to produce life. Seeds are alive when they produce other life, in keeping with the Law of Biogenesis. Seeds can remain dormant for centuries and still produce life (cf. Quick, 1961, pp. 94-99). For instance, a seed from Masada in Israel that was radiocarbon-dated to the time of Christ was recently germinated and studied for over two years as it grew (Sallon, et al., 2008). A seed’s ability to produce life does not contradict the Law of Biogenesis. But does that mean that Jesus was wrong in saying that a grain “dies”?

The answer is seen in understanding that the words “life” and “death” can mean different things, depending on the context in which they are used. This is especially true in the Bible. “Death” in the Bible simply means a separation of some sort (Butt, 2006). Spiritual death occurs when we commit sin, which separates us from God (Isaiah 59:1-2; Romans 6:23). One’s faith is dead when it is not coupled with works of obedience (James 2:26). Physical death occurs when the spirit is separated from the physical body (James 2:26). Plants were not created in the image of God, like humans (Genesis 1:26), and were not endowed with a spirit, although sadly, many confused individuals in the world would likely disagree (cf. Miller, 2008). So, Jesus is not talking about death in the same way humans die.

But what “separation” has occurred in the case of the grain Jesus mentioned? The text helps to illuminate its own meaning. When a grain “falls to the ground,” it dies. Falls from where? Obviously, it falls from its stalk. So, when it falls, being separated from its stalk, it is no longer receiving nourishment from it, and has undergone a form of death. It is no longer growing and being nurtured by its stalk, but rather, begins to slowly decay. This is not in contradiction to the Law of Biogenesis, which indicates that life cannot come from lifeless matter in nature. A seed is typically not considered “lifeless” for centuries or longer. The renowned Greek lexicographers, Arndt, Gingrich, and Danker, help to illuminate the distinction between lifeless death and the death implied by mere separation, explaining that the meaning of apothnasko (i.e., the Greek word translated “dies” in John 12:24), when speaking of plants and animals, is not necessarily “death” as we typically use the word when referring to lifeless death. They note that in John 12:24, the word technically means “decay” (cf. 1 Corinthians 15:36), but contextually, is meant to imply the idea of “death” in Jesus’ illustration, which is why the translators used “died” (Arndt, Gingrich, and Danker, 1979, p. 91).

Armed with this information, Jesus’ meaning in the passage is clear, and alleged error cannot be sustained against Jesus or the Bible. A grain of wheat must die, i.e., be separated from its stalk and nourishment and fall to the ground, decaying, in order to produce more wheat. Similarly, Jesus had to die, i.e., His soul had to be separate from His physical body in order to bear fruit in the form of disciples—followers washed in the blood that He shed for us. Rest assured, the Bible does not contradict the laws of science. After all, God, Himself, authored them (Job 38:33).

Miller, Jeff (2008), “Off With Their Heads!” Apologetics Press, https://www.apologeticspress.org/APContent.aspx?category=7&article=2485.

Why Believe in Jesus’ Miracles?