Did Ancient People See Dinosaurs… or Just Their Bones? 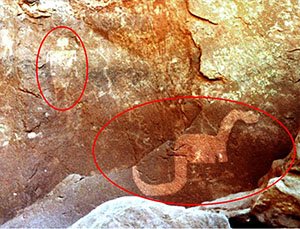 There is no doubt that people drew and carved dinosaur images in ancient times. But does this mean that the ancients actually saw dinosaurs? How do we know that they did not just see the bones in the ground and draw them from the fossils like artists do today?

First, unlike dinosaur drawings made today, the dinosaur carvings, paintings, and figurines of ancient times are found in a setting of men living with dinosaur-like, reptilian creatures often called dragons. History records how people all over the world told stories of living with “dragons” (or dinosaurs). They did not tell stories of digging up dinosaur bones and reassembling them as scientists do today.

Second, we know according to the Bible that only a few thousand years ago, man lived with one animal that had bones “like beams of bronze,” “ribs like bars of iron” (Job 40:18), and that moved its tail “like a cedar” (40:17). Another real dinosaur/dragon-like animal on Earth in Job’s day could even breathe fire and smoke (41:18-21). Also, if God made “the heavens and the earth, the sea, and all that is in them” during the six days of Creation, then man obviously lived with dinosaurs, as well as every other animal that has since become extinct. So, ancient dinosaur artwork based upon living dinosaurs agrees with both history and the Bible. 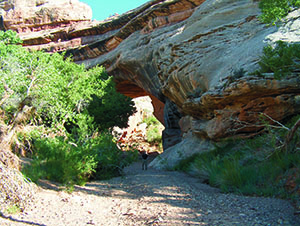 Third, locating, excavating, assembling, and illustrating dinosaur fossils is an extremely complex, time-consuming process. We know of no evidence of the ancient people around the world excavating dinosaur fossils, reconstructing their skeletons, and then drawing them accurately, as scientists carefully attempt to do in modern times.

Finally, unlike scientists and illustrators today, who often recreate the skeletons of dinosaurs based on the fossil record, the ancients depicted the actual bodies of these creatures. If the ancients’ knowledge of dinosaurs simply came from the fossil record, we would expect that they, at least sometimes, would have drawn dinosaur skeletons. Instead, we find example after example of dinosaurs as they would be seen in real life—surrounded by humans and real, living animals such as monkeys, parrots, water buffalo, elephants, and goats. Isn’t this exactly what we should expect to find if the ancients really lived with dinosaurs?