Day One or Day Four?

We oftentimes sing in the “Days of Creation” song that on “day four God made the Sun, Moon, and stars galore.” Some believe, however, that the celestial bodies were created on day one of Creation, and not on day four. Because the heavens and light were created on day one (Genesis 1:1-5), some people assume that the Sun, Moon, and stars were made then as well. The problem with this idea is that it contradicts what the Bible teaches.

According to Scripture, it was not until day four of Creation that God made the Sun, Moon, and stars. Genesis 1:14-19 states:

Similar to how God at fi rst made the land and seas void of animal life (living things were created on days fi ve and six of Creation), the “heavens” were made “in the beginning” (on day one, Genesis 1:1-5), but the hosts of heaven were created “in the fi rmament of the heavens” on day four of Creation (Genesis 1:14).

On day one God made light; on day four He made the generators of light. How can this be? Keep in mind that God, “the Father of lights” (James 1:17), Who is “light” (1 John 1:5), could create light easily without fi rst having to create the Sun, Moon, and stars. Just as God could produce a fruit-bearing tree on day three without a seed, He could produce light supernaturally on day one without the “usual” light bearers (which were created on day four). There simply is no indication in Scripture that God made the Sun, moon, or stars before day four.

In truth, on day one God created “the heavens,” and on day four He made the Sun, Moon, and stars. And all things were made within the six days of Creation (Exodus 20:11).

A Mountain of Knowledge 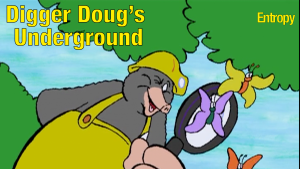