Let’s take a look at some of the cool creatures that God made that lived before the Flood. Remember that when the Flood began, the first creatures to have been killed and buried were those that lived on the ocean floors. Invertebrates (creatures without a backbone) make up over 99.9% of the fossil record, in large part, due to the huge number of pre-Flood ocean floor creatures that were buried in the Flood.

At first glance, you might assume that brachiopods [BRAK-ee-oh-pods] are just clams, since they have two “shells” (valves) and a hinge that allows the shells to close and protect their soft insides. Upon a closer look, however, brachiopods do not have the same shape, symmetry, or inner makeup as clams. Brachiopods still exist today (they are “extant”), but they are rarely seen (being on the ocean floor, mostly) and not as common as they were in the pre-Flood world. 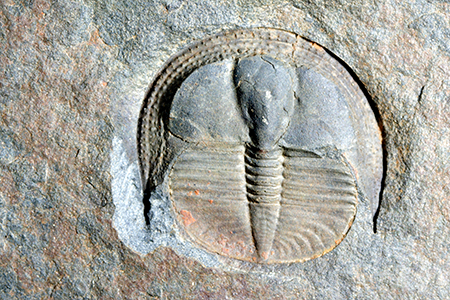 Also found on the ocean floor in the pre-Flood world were arthropods like some varieties of the extinct trilobite. Trilobites are among the very first creatures to appear in the fossil record, but are considered extremely complex among the invertebrates—disproving what evolution would predict. According to evolution, the creatures that appear early in the fossil record should be very simple, not complex. Trilobites were usually around one to four inches long, but some were over 12 inches long!

Moving higher in the fossil record, we find the pre-Flood creatures that swam in the ocean, such as cephalopods [SEF-uh-luh-pods].

Nautiloids are cephalopods that are basically squids in a shell. The few surviving species look essentially the same as those in the fossil record (disproving evolution predictions again). A huge number of nautiloids were buried at the Grand Canyon during the Flood.

Ammonites are now extinct, but swam in the oceans of the pre-Flood world as well.  They had a spiral shell.

As would be expected, marine fish, such as  Dunkleosteus [DUNK-lee-OH-stee-us], were buried in the Flood alongside the cephalopods. One species grew to be about 20 feet long and weighed one ton!

As creepy as it may sound, Arthropleura was an extinct giant millipede arthropod from the pre-Flood world. If it was a land creature, it was the largest known land invertebrate of all time, able to grow over eight feet long!

Meganeurais extinct as well (thankfully!), but was basically a huge dragonfly-like insect with a wingspan that was over two feet long! Modern dragonflies have a wingspan of about two to five inches.

As the Flood began to reach the coasts, amphibians were killed and buried, since they live both in water and on land. Ichthyostega [IK-thee-AH-stuh-guh] was about five feet long, thought to be an amphibian, and is considered to be one of the first vertebrates in the fossil record that has four limbs.

Dimetrodon[die-MEH-truh-don] is a popular creature from the pre-Flood world. Although many call it a dinosaur, scientists believe it to be neither a reptile nor a mammal, but among another extinct group of creatures called cynodonts. 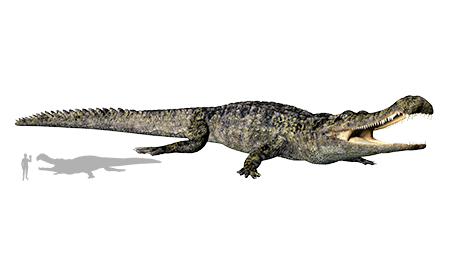 You are probably most familiar with the reptilian creatures of the pre-Flood world, like the dinosaurs, pterosaurs (flying reptiles), and the marine reptiles like plesiosaurs and ichthyosaurs—especially since we discuss dinosaurs so much in Discovery. But don’t forget the largest known crocodile from the pre-Flood world: Sarcosuchus [SAR-koh-SOO-kis] imperator. While larger crocs today can be over 20 feet long, Sarcosuchus could grow to be closer to 40 feet and weigh 17,500 pounds! 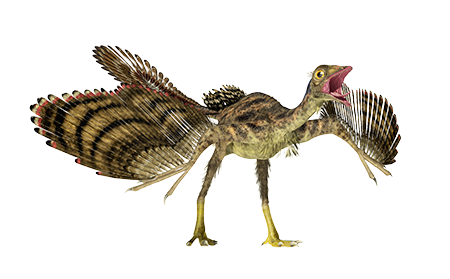 As you might expect, birds did not show up until high in the fossil record when the Flood was already pouring over the continents. While most birds and mammals do not appear until the Cenozoic layers, there are exceptions. The first bird to show up is currently thought to be Archaeopteryx (which we have studied before in Discovery). 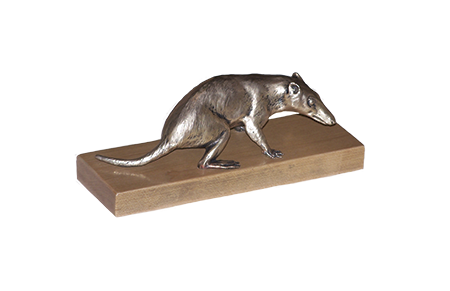 Very few mammal fossils were preserved in the Flood rock layers, which could mean they were killed last or totally destroyed by the Flood when the original continent broke up and its pieces began moving and sinking. Repenomamus [ruh-PEN-uh-mah-miss] is extinct, but its fossils are some of the few mammal fossils that survived the Flood. It grew to be over three feet long and is pretty popular, because one of its fossils proves that its last meal was a small dinosaur! (Psittacosaurus)

Imagine what it would have been like to live with some of these creatures, just like Noah’s family and millions of others did. Would you try to pet one or run from it? Would you have obeyed God by having dominion over the fish of the sea, over the birds of the air, and over every living thing that moves on the Earth” (Genesis 1:28), as He commanded mankind in the beginning?