If you have ever watched Disney’s Finding Nemo, you probably have a good idea of what a coral reef looks like. What we often think of as being coral is actually hundreds of thousands of separate coral “polyps” that have secreted a hard limestone skeleton onto rocks on the ocean floor. Over time, other polyps come and attach to the skeletons of polyps that have died, causing the coral to “grow” and take the shapes we recognize. While the coral permanently “takes root” on the sea floor and even looks like a plant, the polyps are actually animals closely related to the sea anemone (uh-NEM-o-nee).

One of my favorite parts of going to the beach is the smell of the ocean. One of the ingredients that contributes to that smell is the chemical Dimethyl (di-METH-uhl) Sulfide. While it may be nice in small doses, a large amount of it is enough to make your stomach hurt. Phytoplankton, some species of coastal plants, and yes, coral polyps, release Dimethyl Sulfide (DMS) as a type of stress signal when the water they are in gets too warm. (Some land plants, such as cabbage and asparagus, contain this chemical, too. If you want to know firsthand how awful this can smell in high doses, ask your parents to boil some cabbage for dinner one night. The smell in your kitchen will be from the DMS in the cabbage being released!)

This chemical continues to build in the ocean water until it makes its way into the atmosphere where it has been tied to cloud formation. As I am sure you know, clouds cool the Earth’s temperature by causing rain and deflecting the Sun’s UV rays. This means that coral polyps can indirectly control the temperature of the water around them! 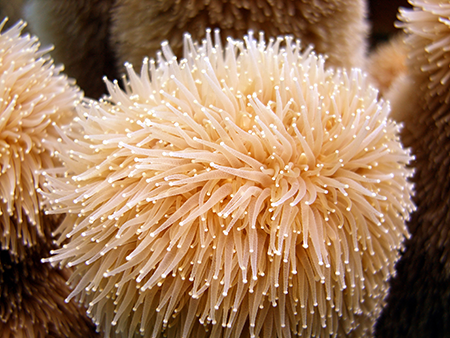 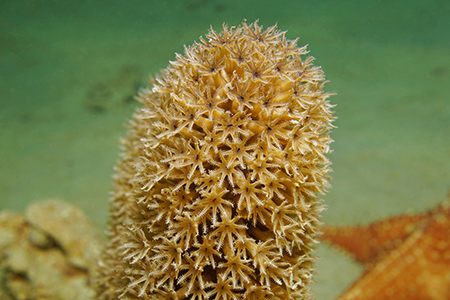 How can evolutionists possibly explain this amazing design? Do they think this happened by accident? God has given us every reason in the world to believe that He exists. He also protects and cares for His creation, even if it sometimes smells like boiled cabbage.