Paul was a great preacher and missionary who traveled around the world spreading the Gospel. He spoke in Jewish synagogues and to other assemblies, and wrote letters to many churches. Several of these letters are in the New Testament. Paul was able to accomplish these things because he was sent by God, and the Holy Spirit guided him in his teaching. The miracles Paul performed are one proof of his divinely appointed apostleship.

At the time Paul preached, the Gospel was new, and people were not so sure if they should believe Paul. They did not have the New Testament to check and make sure the things he said were true, so they needed a way to prove that he was not just making it up. The Holy Spirit gave Paul the ability to perform miracles so that those honest people could be sure Paul was telling the truth. When Paul was in the city of Ephesus, God “worked unusual miracles” (Acts 19:11-12). By touching the handkerchiefs and aprons of sick people, Paul healed them or cast evil spirits out of their bodies. The miracles of Paul, together with his preaching, resulted in the conversion of many Ephesians. The Bible says that “the word of the Lord grew mightily and prevailed” because of God’s work through Paul (Acts 19:20). 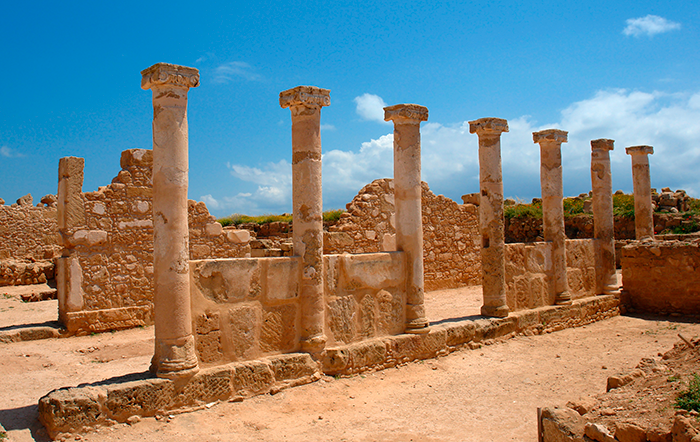 Not everyone was as willing to accept the Gospel, even after Paul performed miracles. In the Greek city of Philippi, Paul and Silas cast an evil spirit out of a young girl. Some men were using the girl to make money, and they were angry when they could make no more money. Instead of obeying the Gospel like the Ephesians, these greedy men stirred up the crowd and had Paul and Silas arrested (Acts 16:16-24).

Another purpose of Paul’s miracles was to defend the truth against its enemies. Many false teachers challenged Paul’s preaching, and miracles helped people to distinguish false teachers from true apostles. Paul’s first miracle served this purpose. While Paul was preaching on the island of Cyprus, a sorcerer named Elymas tried to convince the proconsul of the island to ignore him and Barnabas. By the Holy Spirit, Paul struck him with blindness. When the proconsul saw this miracle, he knew Paul was from God (Acts 13:8-12). Paul also used his miracles to prove to the Corinthians that he was a true apostle of God, because only by the power of God could someone perform such amazing signs (1 Corinthians 12:12). Even today, the miracles Paul performed 2,000 years ago show us that God told him what to preach, so we, too, can trust the letters he wrote. They are the words of God.

The Miracles of Jesus

Jesus Raised Lazarus from the Dead