English-speaking peoples understand the term “concubine” to refer to an unmarried sexual partner—a “mistress.” Standard English dictionaries bear out this common usage. For example, Merriam-Webster defines the word as “a woman with whom a man cohabits without being married: such as (a) one having a recognized social status in a household below that of a wife; (b) mistress.” The Cambridge Dictionary has: “a woman who, in some societies, lives and has sex with a man she is not married to, and has a lower social rank than his wife or wives.” Therefore, the term in current English usage stresses the fact that a concubine is not married to the man with whom she is sexually active. In view of this understanding of the term “concubine,” one might mistakenly conclude that God endorsed such behavior in Bible history. After all, the Bible informs us that Solomon had 700 wives and 300 concubines (1 Kings 11:3).

In contrast, the Bible use of the term reflects a different meaning. A “concubine” in antiquity was, in fact, a wife. What distinguished her from other wives was the fact that she was of lower birth, sometimes even occupying a slave status. Bible scholars recognize this fact. For example, the Theological Wordbook of the Old Testament explains the term pilegesh: “A concubine was a true wife, though of secondary rank…. Thus, the concubine was not a kept mistress, and did not cohabit with a man unless married to him.”1 Professor of Oriental Languages, Biblical Archaeology and Dogmatics in Vienna, Johann Jahn, explains: “[A]lthough this connexion [sic] was in fact a marriage, and a legitimate one, it was not, nevertheless, celebrated and confirmed by the ceremonies [of the higher ranking wife].”2 English classical scholar Francis Newman noted: “A concubine, in ancient times, was only a wife of inferior rank, and the union was just as permanent as with a wife.”3 M’Clintock and Strong state that “concubine” “denotes in the Bible not a paramour, but only a female conjugally united to a man in a relation inferior to that of the regular wife…. Concubinage therefore, in a scriptural sense, means the state of cohabiting lawfully with a wife of second rank.”4 Biblical scholar, linguist, and Christian apologist, John Haley, adds his voice to the same point: “Moreover, a ‘concubine,’ in those days, was not simply a kept mistress, as the word might now imply, but was a wife of lower rank, who was wedded with somewhat less than the ordinary formalities.”5

In a country where social status and barriers are of minimal concern, it is difficult for us to grasp the magnitude of the chasm that existed between classes in ancient cultures, a chasm that stayed with a person throughout life regardless of advancements along the way. Hence, even if a woman of lower social rank married a man of higher social rank, she could still be treated with disrespect as “second class”—though fully a wife.

In the case of Solomon, the meaning of “concubines” is suggested in the very text where they are mentioned:

But King Solomon loved many foreign women, as well as the daughter of Pharaoh: women of the Moabites, Ammonites, Edomites, Sidonians, and Hittites—from the nations of whom the LORD had said to the children of Israel, “You shall not intermarry with them, nor they with you. Surely they will turn away your hearts after their gods.” Solomon clung to these in love. And he had seven hundred wives, princesses, and three hundred concubines; and his wives turned away his heart (1 Kings 11:1-3).

Observe three indicators in the text that aid in understanding the distinction between wives and concubines. First, we are told that Solomon loved many “foreign women”—and the countries of origin for these women are noted. Solomon is not specifically condemned for loving the women—but for marrying them. Second, the reason for the prohibition is that such foreign women would make him receptive to their false gods. Sure enough, the text states that “his wives turned away his heart.” But those who are specifically mentioned as the foreign women/wives are the 700 wives and 300 concubines. Why mention the concubines at all if they were not participants in the religious subversion of Solomon by his wives?

Third, observe the grammar of verse 3. In the NKJV, a comma occurs both before and after the term “princesses.” The word “princesses” is describing the word “wives” in contrast with the “concubines”—who were not princesses. In other words, the distinction being made is not between wives vs. non-wives. The distinction being drawn is between wives of noble birth vs. wives of low birth. Several English translations help to clarify this factor:

CSB/ESV/GNV/HCSB/MEV: “He had seven hundred wives who were princesses and three hundred who were concubines.”

CEV: “Seven hundred of his wives were daughters of kings, but he also married three hundred other women.”

DRA: “And he had seven hundred wives as queens, and three hundred concubines.”

EHV: “He had seven hundred wives who held the rank of princess and three hundred concubines.”

ICB/NCV: “He had 700 wives who were from royal families. He also had 300 slave women who gave birth to his children.”

LEB: “He had seven hundred princesses and three hundred concubines.”

NIV/NLT: “He had seven hundred wives of royal birth and three hundred concubines.”

NRSV: “Among his wives were seven hundred princesses and three hundred concubines.”

WYC: “And wives as queens were seven hundred to him, and three hundred secondary wives.”

Additional verses where “queens” and “concubines” are mentioned together, further implying the difference being simply one of social status, not marital status, include Song of Solomon 6:8-9 and Daniel 5:2-3,23.

Keep in mind that Hebrew had no technical term for “wife.” The normal word for “woman” (ishah) did “double duty” so that only context can determine whether “woman” or “wife” is being noted. Observe that it makes perfect sense to understand 1 Kings 11:3 as referring to all of Solomon’s foreign women. In fact, the word translated “women” in verse 1 is the plural form of “woman” (nishah), forms of which also occur in verses 3, 4, and 8. The word “concubines” is clearly intended to be included among the “foreign wives” who subverted Solomon’s heart.

These facts are further substantiated by an incident in the life of King David. When his son Absalom mounted a coup to dethrone his father, he complied with the advice of his counsellor Ahithophel to publicly defile David’s 10 concubines (2 Samuel 16:21-22). When David succeeded in foiling his son’s coup and returned to Jerusalem, the Bible says:

Now David came to his house at Jerusalem. And the king took the ten women, his concubines whom he had left to keep the house, and put them in seclusion and supported them, but did not go in to them. So they were shut up to the day of their death, living in widowhood (2 Samuel 20:3).

By definition, a “widow” is someone whose husband is deceased.6 Though the concubines were still alive, David was treating them as if their husband (himself) was dead.

Of course, the teaching of the New Testament, and the accurate application of Christianity to society, results in the elimination of polygamy and concubinage, as well as all other objectionable social institutions that conflict with the character of Deity. Indeed, “Christianity restores the sacred institution of marriage to its original character, and concubinage is ranked with fornication and adultery.”7 Nevertheless, awareness of the biblical meaning assigned to the word “concubine” enables the English reader to understand that Bible characters who possessed concubines were not guilty of taking “mistresses,” but were, in fact, married to them—and not merely engaging in extra-marital intimate relations.8 In any case, the Bible does not sanction the practice of unmarried sexual partners.

If I Were an Atheist… 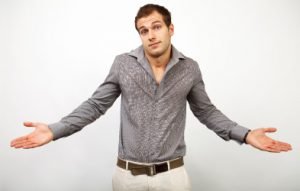