Have you ever used the word splagchnizomai (pronounced SPLANK-nee-zo-my)? Probably not, unless you know how to speak Greek. When you look at the word, it looks a little like the word spaghetti. You might be wondering what the word means. Literally, it means “to be moved deep in your stomach.” In the New Testament, however, the word is translated “compassion.” What does compassion mean? It means you have deep care and concern for the suffering and pain of others, and that sentiment pushes you to do something about it. A good illustration is when a mother sees her son fall and skin his knee. She is concerned about his pain, and helps by comforting him, washing the scrape, and putting on a bandage. So why would the English word “compassion” be translated from a Greek word that means “to be moved deep in your stomach”? That seems odd. What does care and concern for others have to do with your stomach?

Have you ever seen someone in pain and you did not even have words to describe your reaction. It was almost like your stomach twisted a little. Maybe you have seen videos where people wreck on their bikes or fall really hard. It’s almost as if you can feel the pain with them. In English, we have a similar way to describe compassion. Often we will say, “My heart just broke for that child.” Or, “My heart went out to him when he fell.” Why would we say our heart went out? That sounds worse than a deep movement in our stomach. Both languages are trying to describe an experience deep within us that is difficult to put into words. It is the feeling you get when you see pain and suffering and know you need to do something about it.

Jesus was the most compassionate person to ever live on Earth. Let’s look at some times during His life when He had compassion on others. In Matthew 14:13-21, we find the famous story of Jesus feeding more than 5,000 people. Verse 14 says, “And when Jesus went out He saw a great multitude; and He was moved with compassion for them.” Jesus saw these people and His “heart went out to them.” What did His compassion lead Him to do? He healed their sick, and He fed them.

What is the longest you have ever been without eating? Maybe you went through a surgery and could not eat for a day or two. It is a terrible feeling. Your stomach seems to be screaming at you. Jesus knew all about hunger. Remember that when He began His ministry after His baptism, He fasted and did not eat anything for 40 days. He knew exactly how these people felt. That’s why He wanted to help them and show them the love of God.

Have you ever seen a picture of a child who is starving? If you have, maybe you remember seeing the poor little child’s very thin arms and legs. Maybe you remember being able to count all the child’s ribs barely covered by skin.

Most of us who see a picture like that feel concern for that child’s suffering.

compassion means not only feeling concerned, but also trying to do something to help if we can. Compassion means thinking seriously about other people. Sadly, many people are so concerned about themselves, they don’t take time to stop and think about others.

In Luke 13, we read a story about a man who did not have compassion. In this story Jesus was in the synagogue on a Sabbath. A woman came in who had a very crooked back and was bent over. She had not been able to raise herself up for 18 years. That is twice as long as some of you reading this have been alive. Jesus saw her and wanted to help, so He healed her. The ruler of the synagogue got mad at Jesus, because He healed her on the Sabbath. This man was too busy trying to “be in charge” to stop and think about others. He never even thought about the woman. His heart did not go out to her. He was not moved deeply in his stomach. He was so self-centered he did not even think about her troubles.

Jesus always thought of others. Do we? Of course, we can’t heal people today like Jesus did. Does that mean we can’t have compassion? Certainly not. Maybe you have had a broken bone and wore a cast. Do you remember how badly you wanted to get back to playing sports and doing“normal” things? Maybe you remember seeing everyone else running and playing and you wished so badly that you could join in. The next time you see another person in the same situation, you could go sit with them and play a game they would enjoy. That would be compassionate.

Last year a man from Kenya named Simon Cheprot was about to win a 10K race that he was running in Nigeria. Just before he reached the finish line, he saw one of his competitors collapse in the road beside him. Instead of crossing the finish line and winning the race, he stopped to help his competitor. He carried him across the finish line. When he was asked why he did it, he said, “My dad told me one day, ‘When you’re walking and you meet a sick person on the road, help him. Do not leave him,’ so that was the first thing that came to my mind.” That is compassion. Let’s make sure that we keep our eyes open for people who need help. And let’s make sure we do more than just think about their suffering. Let’s have the compassion of Christ that urges us to do something to help. 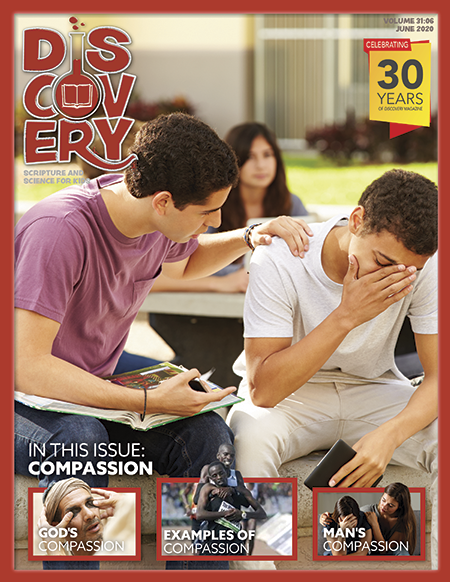 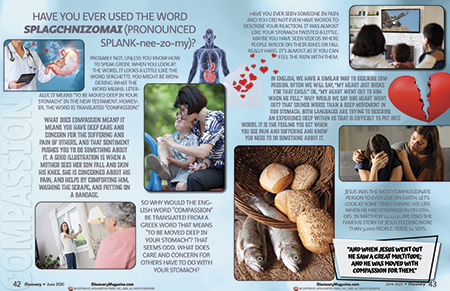 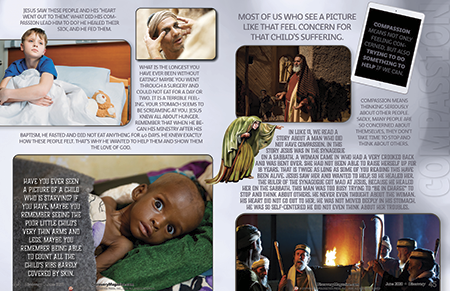 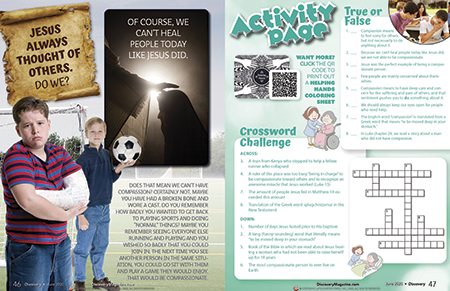 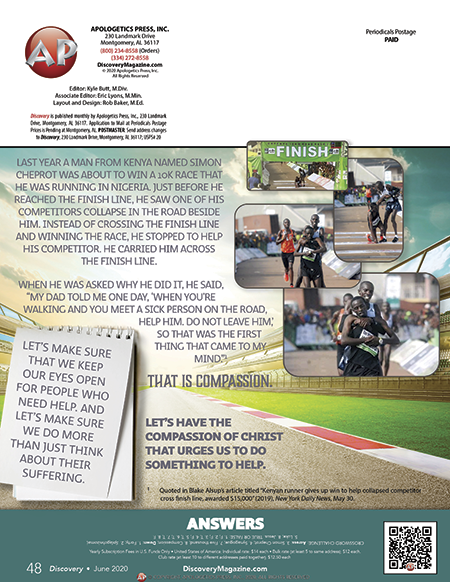