Clean and Unclean Animals Before the Law of Moses?

One particular allegation that skeptics have made for many years concerning the biblical account of Noah and the Flood is that “[c]lean and unclean animals were not delineated until the eleventh chapter of Leviticus…. There were no…clean/unclean animals in Noah’s time” (McKinsey, 1983, p. 1). Early America’s most outspoken critic of the Bible, Thomas Paine, remarked in a letter to the editor of a paper known as The Prospect, saying:

Now, there was no such thing as beasts clean and unclean in the time of Noah…. The story, therefore, detects itself, because the inventor forgot himself, by making God make use of an expression that could not be used at the time. The blunder is of the same kind, as if a man in telling a story about America a hundred years ago, should quote an expression from Mr. Jefferson’s inaugural speech as if spoken by him at that time (1830, p. 371).

Supposedly, the biblical placement of instructions regarding clean and unclean animals in the time of Noah in the book of Genesis is anachronistic.

Skeptics apparently have refused to acknowledge that, though Moses made laws concerning clean and unclean animals at a much later time than the Flood, it does not mean that such rules concerning animals could not have existed prior to Moses—yes, even prior to the Flood. As commentator John Willis noted: “A law or a truth does not have to have its origin with a certain individual or religion to be a vital part of that religion or to be distinctive in that religion” (1979, p. 170). Jesus, for example, was not the first person to teach that man needs to love God with all of his heart (cf. Deuteronomy 6:5), or that man must love his neighbor (cf. Leviticus 19:18) and his enemies (cf. Exodus 23:4-5; Proverbs 25:21-22). Yet these teachings were central to Christ’s message (cf. Matthew 22:34-40; Matthew 5:43-48). Similarly, simply because God chose circumcision as a sign between Himself and Abraham’s descendants, does not necessarily mean that no male in the history of mankind had ever been circumcised before the circumcision of Abraham and his household (Genesis 17). What’s more, Moses wrote in the book of Leviticus years after Abraham lived: “If a woman has conceived, and borne a male child, then she shall be unclean seven days; as in the days of her customary impurity she shall be unclean. And on the eighth day the flesh of his foreskin shall be circumcised” (12:2-3, emp. added). Moses, however, was not prescribing a new law. On the contrary, he knew very well what was expected from God concerning the matter of circumcision, even before he included this sort of instruction as part of Mosaic Law (read Exodus 4:24-26).

For skeptics to allege that differentiation between clean and unclean animals was nonexistent prior to Moses is totally unsubstantiated. Mankind had been sacrificing animals since the fall of man (cf. Genesis 3:21). That God had given laws concerning animal sacrifices since the time of Cain and Abel is evident from the fact that the second son of Adam was able to offer an animal sacrifice “by faith” (Hebrews 11:4; Genesis 4:4). Since “faith comes by hearing, and hearing by the word of God” (Romans 10:17), Abel must have received revelation from God on how to offer acceptable animal sacrifices. Such revelation easily could have dealt with which sacrificial animals were acceptable (“clean”), and which were unacceptable (“unclean”). Furthermore, more than 400 hundred years before Moses gave the Israelites laws differentiating clean and unclean animals, God made a covenant with Abraham concerning the land that his descendants eventually would possess (Genesis 15). Part of the “sign” that Abraham was given at that time involved the killing of a heifer, a female goat, a ram, a turtledove, and a pigeon (Genesis 15:9). Interestingly, all of these animals were later considered clean under the Law of Moses (cf. Leviticus 1:2,10,14).

Without a doubt, the distinction between clean and unclean animals existed long before the Law of Moses was given. Although this distinction did not include all of the details and applications given by Moses (prior to the Flood the distinction seems only to have applied to the matter of animals suitable for sacrifice, not for consumption—cf. Genesis 9:2-3), animal sacrifice to God was practiced during the Patriarchal Age, and it is apparent that the faithful were able to distinguish between the clean and unclean. Noah certainly knew the difference. 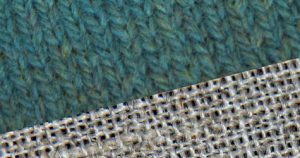