For many years in the United States, Christian families and public education seemed to go hand in hand. The vast majority of American families happily identified themselves as “Christian,” and they gladly sent their children to public schools to learn reading, writing, and arithmetic. In the 1800s and the early 1900s, many US students also learned as much (or more) about the Bible in school as they did at home. The Creator was unashamedly recognized. The Word of God was frequently quoted. Jesus was identified as man’s Savior. The six days of Creation were taught as fact. The Ten Commandments were read. Immorality was rebuked. Disrespectfulness was swiftly punished. Public education was not perfect, but, overall, it was many times more wholesome and Christian-family friendly than what we see in much of the country today.1

Please understand, I am no enemy of public education. I am partly a product of 13 years of quality public education in the great state of Oklahoma. While I was in school, my mother worked for the local public school system. Prior to starting a family, my wife taught public school in Tennessee for three years. I have countless Christian friends who work tirelessly in public school systems around the country as teachers, coaches, and administrators. They are fantastic role models for today’s youth, and I am thankful for the differences that they are making in the lives of many young people.

Sadly, however, the overall 13-year experience that millions of youth receive in many public schools today is a far cry from the far-more Christian-friendly encounter that students once had. Christian parents who enroll their students in public school should be as informed as possible about what is occurring in schools locally and around the country.

Rather than acknowledge sexual immorality and impurity as evil (Galatians 5:19-21; 1 Corinthians 6:9-10), most Americans embrace sexual sins of various kinds as normal, fun, or harmless. (I work every day in Montgomery, Alabama, which in 2015 was declared to be “the most sexually diseased city in the nation.”)2 Ungodly entertainment is more prolific and easily accessible than ever before in our country’s history. A few years ago, the number one downloaded song on iTunes was Brittany Spears’ hit titled simply “3.” The song is about “gettin’ down with 3P” (that is, three people having sexual relations together at the same time). This former number one song glamorizes sin from beginning to end. Twice in the song Spears specifically mocks sexual sin, saying, “Livin’ in sin is the new thing (yeah).” She then adds, “What we do is innocent, just for fun and nothing meant.”

Given the sex-crazed society in which we live, it should not be surprising that schools are filled with sexually immoral students. According to the Center for Disease Control, data gathered from 2011-2013, revealed that ‘by age 19, roughly two of three never-married teenagers have had sexual intercourse.”3 (When I shared this statistic with my 19-year-old nephew who graduated from public school not many months ago, he was shocked that the number was only 66%.)

I had the privilege of working with youth in Tennessee and Alabama for many years. One high school senior mentioned to me that he was the only senior that he knew of in his rather small, close-knit graduating class who was not sexually promiscuous. On another occasion, a high school student told me that her high school prom had the reputation of being the best prom in the tri-county area because it was the “dirtiest” (that is, the most lewd and lustful). While a number of my wife’s middle-school students were already sexually active by the time they were 12 and 13, and some even pregnant, perhaps most disheartening were the sexual conversations she overheard six-year-olds having on the playground.

The Homosexual and Transgender Agenda Promoted through Public Education

Hardly a day goes by, it seems, that a story concerning homosexuality or transgenderism is not in the news. Hollywood and the mainstream media have been pushing for the acceptance of unnatural, “shameful,” “vile passions” for several years (Romans 1:26-27). Sadly, despite the presence of many thousands of morally minded, Christian public school teachers, America’s education system is becoming more and more a “place of persuasion” for gay rights activists. Notice a few examples:

I’m absolutely thrilled that Capital Pride Week is being kicked off with such an important and historic event…. My commitment to LGBT students is unequivocal and it goes back to when I first supported a charter school for LGBT students in Chicago…. I’m pleased to announce we are also releasing a new “Dear Colleague” letter. It clarifies the rights of students to form clubs, such as gay-straight alliances, under the Equal Access Act…. Schools must treat all student-initiated clubs equally, including those of LGBT students. I’m so proud to have the department host this year’s first ever federal LGBT youth summit. We seek to promote a new and unprecedented level of commitment in protecting LGBT students.6

Most parents become very alarmed when physical dangers present themselves at schools. Christian parents would likely never allow their kids to go to class if someone was threatening to take their lives or to harm them seriously. Yet, it is quite disturbing how disengaged many Christian parents seem to be when it comes to the spiritually and eternally dangerous ideas that fill many school classrooms. By and large, parents seem either oblivious to what is being taught, or, more likely, are simply apathetic toward the spiritually dangerous ideas that their children may hear for as many as 13 years.

In the mid-1990s, evolutionist Daniel Dennett wrote a book titled Darwin’s Dangerous Idea. One of the most disturbing comments in Dennett’s book concerned parents who teach their children (among other things) “that ‘Man’ is not a product of evolution.” Dennett wrote: “[T]hose of us who have freedom of speech will feel free to describe your teachings as the spreading of falsehoods, and will attempt to demonstrate this to your children at our earliest opportunity.”8

A few years ago in Mississippi, administrators and certain teachers were given a document titled the “2010 Mississippi Science Framework.” Public educators were reminded that “[t]he National Science Teachers Association (NSTA) strongly supports the position that evolution is a major unifying concept in science and should be included in the K-12 science education.” At the same time, public educators were told to “not advocate any religious interpretations of nature.” What’s more, they were instructed to “not mandate policies requiring the teaching of ‘creation science’ or related concepts, such as so-called ‘intelligent design…,’ and ‘arguments against evolution.’”9

Ideas are powerful things. Words matter. What we read, watch, and hear day after day will have an effect on our lives. When children hear year after year that the Universe is the result of a Big Bang, that the Earth is 4.5 billion years old, that life came from non-life, and that humans evolved from ape-like creatures over millions of years, they will have a tendency to believe what they have repeatedly heard and to doubt what the Bible teaches. Unless parents do a better job equipping children with facts from the Bible and true science than what the public school textbooks do at shrewdly presenting lies and unproven assertions, young people will be much more likely to grow up to become evolutionists who are skeptical of Creation, the Flood, and many other biblical statements and accounts.10

All Christian parents have the awesome responsibility of rearing their children “in the training and admonition of the Lord” (Ephesians 6:4; cf. 2 Timothy 3:15). However, it seems especially crucial for those who send their children to public school seven hours a day, nine months a year, for 13 years, to “be vigilant: because your adversary the devil walks about like a roaring lion, seeking whom he may devour” (1 Peter 5:8).

Due in large part to the deterioration of the public school system (which, again, merely reflects the spiritual and moral decline of society as a whole), approximately 13.4% of students in the U.S. are now educated in private11 or home schools.12 Depending on where you live in the U.S. and the state of the schools in your area, it may very well be time for you to consider one of these options.

10 I highly recommend ApologeticsPress.org as a resource to combat the error young people are taught in public schools.

12 “Statistics about Nonpublic Education in the United States” (2012), http://www2.ed.gov/about/offices/list/oii/nonpublic/statistics.html. 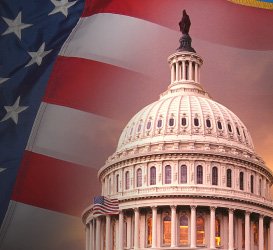 God, the Founders, and the Purpose of Human Government 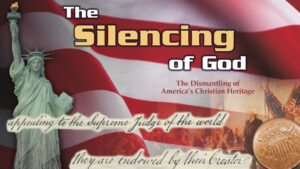 The Silencing of God (#4): Public Education