Children and the Rod of Correction

American civilization has undergone tremendous social shifting in the last fifty years in virtually every facet of its culture. This transformation is evident, for example, in the area of the family and parental discipline. From the beginning of this nation, most Americans have believed in the value of corporal punishment. This discipline has included spanking the child using a variety of instruments, including a “switch,” paddle, razor strap, yardstick, belt, or hand. The last generation to have experienced this approach to parenting on a wide scale was the World War II generation. Due to the adverse influence of social liberals and alleged “specialists” in human behavior and child psychology, the thinking of many Americans has now been transformed to the extent that corporal punishment has come to be viewed as “child abuse”—even by the judiciary.

Make no mistake: genuine child abuse is taking place every day in America. Some parents are burning, torturing, and even killing their children. However, the abuse of a good thing is no argument against its legitimate and judicious use. Extreme behavior often elicits an extreme reaction. We must not “throw out the baby with the bathwater.” Regardless of the superficial appeal of the arguments that are marshaled against spanking, those who recognize that the Bible is the inspired Word of God are more concerned with biblical insight regarding the matter. Does the Bible advocate or sanction the spanking of children?

Several verses refer explicitly to the use of corporal punishment in the rearing of children. The longstanding quip, “Spare the rod and spoil the child,” is undoubtedly a paraphrase of Solomon’s words: “He who spares his rod hates his son, but he who loves him disciplines him promptly” (Proverbs 13:24). This motif is repeated throughout Proverbs. For example, Solomon asserted “foolishness is bound up in the heart of a child, but the rod of correction will drive it far from him” (22:15). This one statement is packed with meaning that merits deep and prolonged meditation and analysis. Most modern adolescent psychologists have not even begun to plumb its depths, let alone agree with it.

Lest someone get the idea that Solomon used the term “rod” figuratively, without intending to leave the impression that parents should actually strike their children with a rod, he clarified the target: “Do not withhold correction from a child, for if you beat him with a rod, he will not die. You shall beat him with a rod, and deliver his soul from hell” (23:13-14). A proper balance is obviously needed between verbal reproof/encouragement on the one hand, and the application of corporal punishment on the other, as seen in the following words: “The rod and reproof give wisdom, but a child left to himself brings shame to his mother. Correct your son, and he will give you rest; yes, he will give delight to your soul” (29:15,17, emp. added). The immense importance of the interplay between positive instruction, encouragement, and nurturing, in conjunction with appropriate physical punishment, cannot be overestimated nor successfully discounted.

But what did Solomon mean by “rod”? The Old Testament uses primarily three Hebrew words to refer to a wooden stick:

Matteh and shevet are used together in Ezekiel 19:10-14 to refer to fresh tree branches. They are used in synonymous parallelism in Isaiah 28:27 as a stick used to beat out cumin/grain: “But the black cumin is beaten out with a stick (matteh), and the cumin with a rod (shevet).” They are unquestionably synonyms. If any distinction can be made between them, it is that matteh is not used to refer to a scepter (see Harris, et al., 2:897; although Gesenius, pp. 466-467). However, both are used to refer to a stick or rod. In fact, shevet is specifically referred to as a rod used for beating a human being: “And if a man beats his servant or his maidservant with a rod…” (Exodus 21:20). As Isaacs noted: “The Heb[rew] shebhet is the ordinary word for rod or club” (1959, 4:2702; cf. McClintock and Strong, 1880, 9:57-58,401).

In addition to the verses in Proverbs that refer specifically to spanking a child, several additional verses verify that literal striking of the body with a wooden stick is envisioned. For example, “Wisdom is found on the lips of him who has understanding, but a rod is for the back of him who is devoid of understanding” (Proverbs 10:13). “A whip for the horse, a bridle for the donkey, and a rod for the fool’s back” (Proverbs 26:3). Obviously, the “rod” is as literal as the “whip” and “bridle.” The Psalmist declared: “Then I will visit their transgression with the rod, and their iniquity with stripes” (Psalm 89:32). Though speaking figuratively, the Psalmist aligned “rod” with “stripes.” In passages where the term “rod” is used figuratively, the figurative use presupposes the literal meaning (e.g., Job 9:34; 21:9; Isaiah 10:24; 11:4; 14:29; 30:31; Lamentations 3:1; Micah 5:1).

In light of the linguistic data, the following conclusions are warranted:

First, the three terms are essentially synonyms with no real distinction to be discerned between them. They are as generic, ambiguous, and flexible as their English counterparts. As Orr stated: “Little distinction can be drawn between the Heb[rew] words used for ‘rod’ and ‘staff ’ ” (1959, 4:2596; also Funderburk, 1976, 5:132). The commonality that exists between them is the fact that they all refer to a stick/limb, i.e., a branch from a tree. In antiquity, scepters, spears, arrows, rods, staffs/staves were all made out of wood, i.e., tree branches (cf. Ezekiel 19:11). Hence, the distinction between them was one of purpose/function—not source. It follows that size, i.e., thickness and length, would likewise have varied. The Hebrew words themselves possess no inherent indication regarding size.

Second, the principle of spanking is clearly taught in Proverbs. This is beyond dispute. Since God would not approve of child abuse (cf. Colossians 3:21), it follows that whatever instrument is used for spanking, whether switch, yardstick, paddle, belt, razor strap, etc., should get the job done without inflicting inappropriate or unnecessary damage to the child’s body. The “switch” has much to commend it, and certainly coincides with the biblical texts on the subject. But good sense and personal judgment must be exercised in determining its size.

In his comments on the Hebrew word for “rod,” Hebrew scholar and Professor of Old Testament at Regents College, Bruce Waltke noted: “The rod was also used as an instrument for either remedial or penal punishment. …In Prov[erbs] it is the symbol of discipline, and failure to use the preventive discipline of verbal rebuke and the corrective discipline of physical punishment will end in the child’s death” (Harris, et al., 1980, 2:897, emp. added). The author of the apocryphal book, Ecclesiasticus, observed: “He who loves his son will whip him often, in order that he may rejoice at the way he turns out” (May and Metzger, 1965, p. 166).

Writing over one hundred years ago, professor W.F. Adeney offered a surprisingly current observation that has much to commend it:

The primitive rigour of the Book of Proverbs is repudiated by modern manners. Not only in domestic training, but even in criminal law, people reject the old harsh methods, and endeavor to substitute milder means of correction. No doubt there was much that was more than rough, even brutal, in the discipline of our forefathers. The relation between father and child was too often lacking in sympathy through the undue exercise of parental authority, and society generally was hardened rather than purged by pitiless forms of punishment. But now the question is whether we are not erring towards the opposite extreme in showing more tenderness to the criminal than to his victim, and failing to let our children feel the need of some painful discipline. We idolize comfort, and we are in danger of thinking pain to be worse than sin. It may be well, therefore, to consider some of the disadvantages of neglecting the old-fashioned methods of chastisement (1950, 9:258-259). 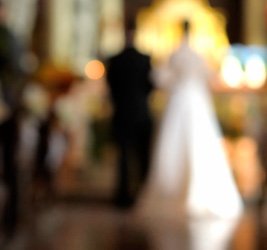