In the Old Testament, there is an unusual story about a pair of bears. One of God’s prophets, a man by the name of Elisha, was on a trip to the city of Bethel. But “as he was going up the road, some youths came from the city and mocked him, and said to him, ‘Go up, you baldhead! Go up, you baldhead! So he turned around and looked at them, and pronounced a curse on them in the name of the Lord. And two female bears came out of the woods and mauled forty-two of the youths” (2 Kings 2:23-24).

What is the meaning of this strange set of events? First, prophets were the people God used to communicate His will to men (Exodus 7:1; Deuteronomy 18:18-19). So if someone was disrespectful to a prophet, then that was just like being disrespectful to God.

Second, these “youths” probably were not young children but young adults. The word from the Hebrew language that the Bible uses for “youths” can refer to anyone from a newborn child to an adult.

Third, these young men were not teasing Elisha in a good-natured way. Rather, their words were meant as a curse on him. In the Old Testament, God sometimes cursed wicked men with baldness as an outward sign of their sin (for an example, read Isaiah 3:24). This curse was not a swear word, but a judgment on rebellious persons (Deuteronomy 27:14-16). And so these young men were saying to Elisha, “We curse you, you sinner.” It is a serious matter to treat a man of God like this (2 Chronicles 36:16).

Fourth, not long before this, the prophet Elijah had been carried up into heaven by a chariot of fire sent by God (read 2 Kings 2:9-11). And so when the young men screamed “Go up…Go up,” they might have been expressing their wish that Elisha, too, should hurry up and leave the Earth so that they could be rid of him!

Fifth, Elisha was not trying to get revenge on these young men. The judgment was given “in the name of the Lord,” which means that it was performed by God’s authority.

Sixth, it is important to remember that God, not Elisha, used these bears to teach those young men an important lesson about respect and obedience. God is the One Who has power over the animal kingdom. He sent fiery serpents to bite the Israelites (Numbers 21:6); He sent a lion to slay a disobedient young prophet (1 Kings 13:24ff.); He prepared a great fish to swallow Jonah (Jonah 1:17); and He shut the lions’ mouths in order to protect Daniel (Daniel 6:22).

We today should learn a lesson from this story as well. We should treat people with respect, and obey those whom God has placed in positions of authority (Ephesians 6:1-3; Romans 13:1-4). By doing this, we will show our love for the Lord (read John 14:15). 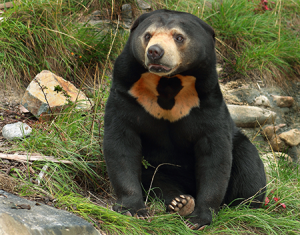 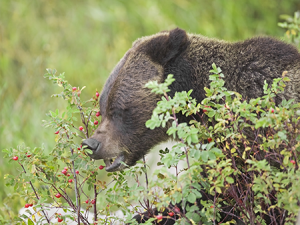