With this issue of Reason & Revelation, we are pleased to announce the availability of bound volumes for our two monthly magazines for 2011. These bound volumes enable the articles contained therein to extend their 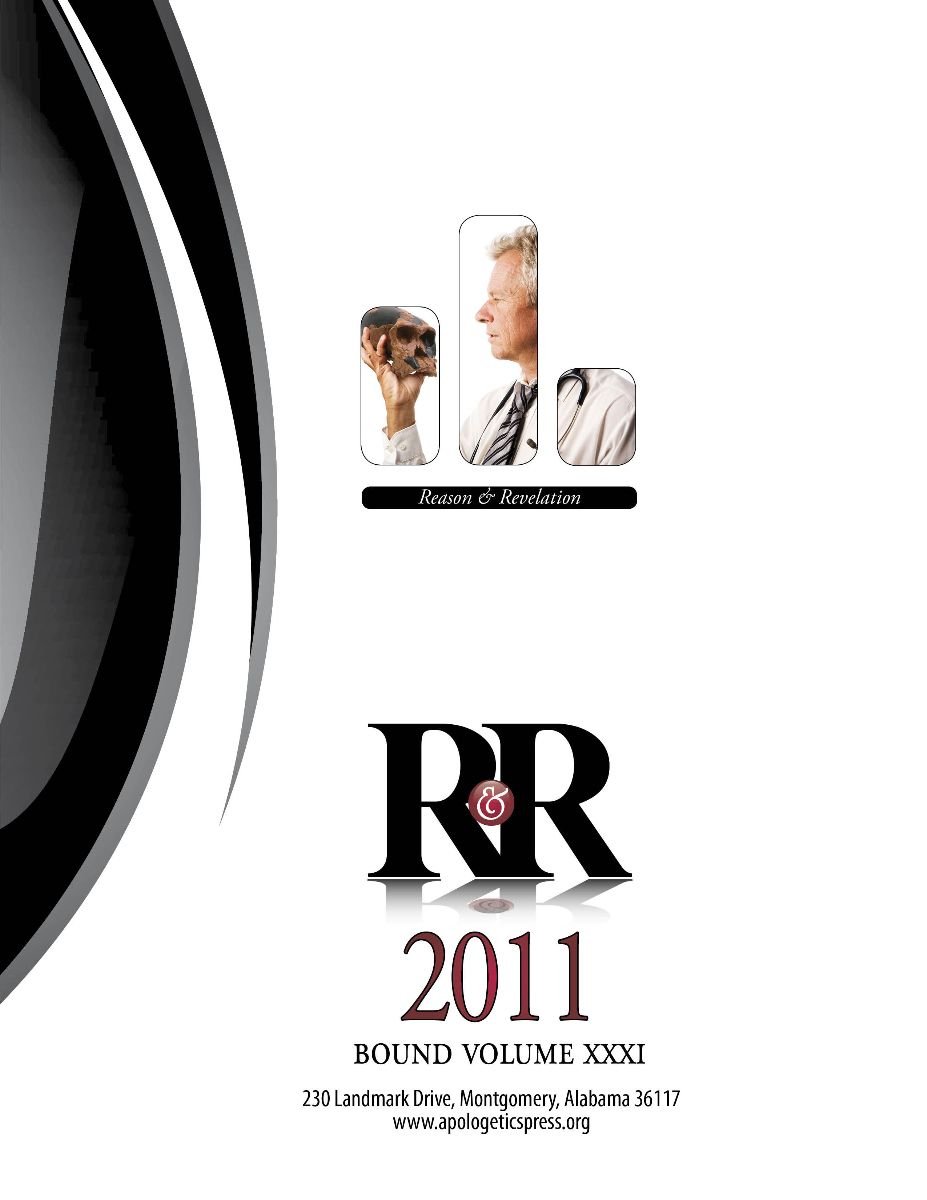 influence for years to come. The bound volume of Reason & Revelation for 2011 contains several meaningful articles, including: True Science is the Christian’s Friend; The Biblical View of Women;Was Jesus Unkind to the Syrophoenician Woman?; Does Job 10:5 Support the Day-Age Theory?; Armchair Archaeology and the New Atheism; Population Statistics and a Young Earth; Is Christianity Logical?; Syncretism and the Age of the Earth; The Moral Argument for the Existence of God; A Review of Discovery Channel’s “Curiosity: Did God Create the Universe?”; Homosexuality and Public Education; Behemoth: A Tail Like a Cedar?; and Autonomous Control of Creation.

As always, this beautifully bound annual collation contains all twelve issues for the year, as well as an author/title index and a glossy cover. And as an extra bonus, for the first time in the history of this journal, we have included the articles from the center Resources section! That means the inclusion of topics like Female Leadership in the Home and Church; Expelled…Again; All Clocks Have a Clockmaker; Does the Quran Encourage Violence?; Freedom Without Religion?; Robotic Hummingbird Defies Evolution; Higgs Boson—The “God Particle”?; God, Evolution, and the Value of Human Life; Common Sense, Miracles, and the Apparent Age of the Earth; How Do Atheists Use the Euthyphro Dilemma?; Who or What was Peking Man?; What Do You Consider to be America’s Greatest Threat?; Did the Trees of the Garden of Eden Have Rings? The bound volume sells for $12. Previous volumes from 1998-2010 are still available at $5 each.

Additionally, the 2011 bound volume of Discovery, our monthly magazine on Scripture and science for children, is 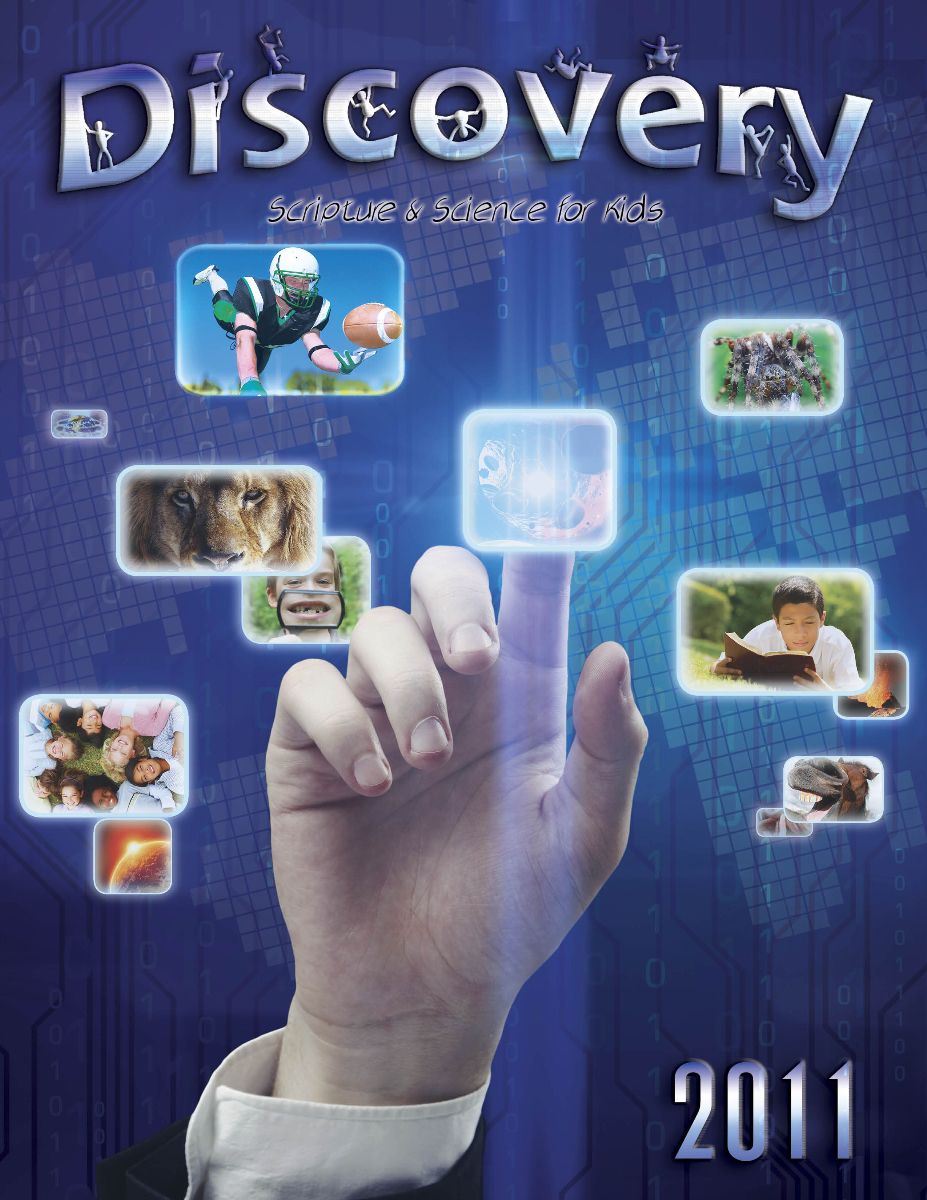 available for $14. During 2011, Discovery contained articles on such timely topics as: Volcanoes, Worms, God’s Amazing Animals, Bible Figures of Speech, Teeth, False Evidence for Evolution, Space and Planets, Sports, Humans Were Created in God’s Image, Spiders, Blood, and many others. These themes and topics will build the faith of children and insulate them against unbelief. We also have in stock bound volumes for 1999-2010 at $6 each. Please be reminded that for both Discovery and Reason & Revelation, whenever the bound volumes go out of print, they are gone forever; we do not reprint them. So be sure to order your copies soon. See the advertisement in the Resources section of this issue for ordering information. 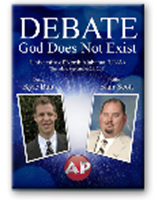 We are also happy to announce the release of the DVD of the debate conducted on the campus of the University of North Alabama last September between A.P.’s Kyle Butt and atheist Blair Scott. If you were unable to attend the debate, you will most definitely want to view it. And even if you were there, this decisive victory for the truth deserves to be circulated far and wide in hopes of strengthening the faith of Christians and encouraging unbelievers to give careful consideration to this most critical matter. Please consider buying copies to give to others.