The Bible speaks of only one Gospel, but Matthew, Mark, Luke, and John present four separate accounts of the arrival of the “good news.” The apostle Matthew, whose name means “gift of the Lord,” was a Jewish tax collector—a job usually looked down upon by the Jews, especially when the collected taxes were for their Roman conquerors. Matthew was also known as “Levi” (Mark 2:14). He wrote this book prior to the destruction of Jerusalem (24:2).

Matthew wrote to the Jews so that they could know for sure that Jesus of Nazareth was truly the King/Messiah (or the “anointed one”) foretold by the Old Testament prophets. He was the long-awaited “Son of David” (Isaiah 11:1; Jeremiah 23:5; 12:23) and Son of Abraham (1:1) through whom all families would be blessed (Genesis 12:3). Matthew emphasizes that since Jesus is King, all Jews (and non-Jews—28:19) must submit to Him, bow before Him, and accept His kingdom. [NOTE: The word “kingdom” is found 56 times in Matthew, mostly in reference to God’s heavenly kingdom.] Matthew 5:17-20 gives the basic message of the book by telling of the fulfillment and completion of Mosaic religion in the work of Christ through His teaching and sacrifice, and the establishment of His kingdom.

Summary of the Book of John 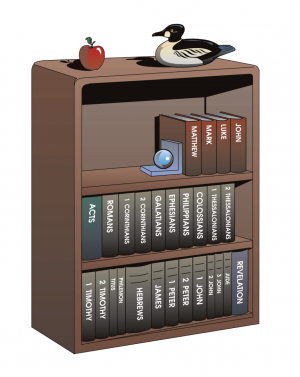