The word “mimic” means to imitate or copy something. Maybe you have a little brother or sister who sometimes mimics or copies what you say. The prefix “bio” means life. When you put these two words together, biomimicry means “to copy life.” In nature, we find all kinds of amazing designs and remarkable capabilities. Plants and animals have certain features that scientists study to see how they work. These researchers then use what they learn to create things that help humans. We have learned that many designs in nature are more complicated and efficient than anything humans have been able to invent. That means that Whoever designed nature must be more intelligent than humans. These designs could not be the product of millions of years of evolution.  When we copy nature’s design, we are really copying God’s handiwork. “For every house is built by someone, but He who built all things is God.” Hebrews 3:4

The Kingfisher and the Bullet Train

The Shinkansen bullet trains in Japan are marvels of modern engineering. They can travel at speeds up to 200 miles per hour and provide a fast and safe way for people in Japan to travel. One problem the trains had in the past, however, was their extremely loud noise. When going through tunnels, the air pressure was so great that very loud booms sounded. These noises were louder than officials wanted them to be, so they began looking for a solution. One engineer named Eiji Nakatsu began working on the project. He wanted to find a design that would cut down on the air pressure that the train built up as it sped down the track. Interestingly, he looked to nature and did research on the beak of the Kingfisher. The Kingfisher is a bird that eats fish, as its name suggests. It has a long, pointed beak that it uses to dive swiftly into water and snatch fish from under the surface. It turns out that this beak is perfectly designed to go from one area (the air) to another area (the water) without building up lots of pressure. When engineers applied the new “beak-like” design to the bullet trains, it greatly reduced air pressure and noise, made the trains 10% faster, and helped them use 15% less energy.

Do you remember the last time you got a shot with a needle? Shots hurt, don’t they? But have you ever come in from playing outside and realized you had several itchy mosquito bites? You did not feel the bites happen while you were playing. How was it that the mosquitoes were able to stick their “needles” into your skin and it did not feel like a painful shot? Scientists around the world, and especially at the Biomimicry Lab at Ohio State University, have realized that mosquitoes have an amazing ability to draw people’s blood without causing that painful “prick” associated with get-ting a shot.  The proboscis (a word to describe the nose, which we learned about last month in Discovery) of the mosquito has been designed with several extraordinary features. First, the tip of the needle-nose is serrated (jagged like a saw) on the sides and not smooth like our needles. It might seem unusual, but mosquitoes vibrate their needle-nose and “saw” into your skin. This serrated, vibrating action makes the needle go in smoother with less pain.

In addition, the part of the nose that actually draws the blood is smaller than the outer serrated part. It is inserted after the bigger needle makes the hole. Furthermore, it is softer on the tip than the rest of the needle. This softness allows it to penetrate the skin with less pain than if it were rigid. The needle design allows the mosquitoes to use about 1/3 the amount of pressure that it would take to insert a traditional medical needle. By copying this design, medical researchers are creating needles that do the job just as well as older needles, but are much less painful. Who knew that we would be thankful for the needle-like proboscis of the pesky mosquito?

Learning from the Lotus

The common Lotus is an aquatic plant that thrives in wet, often muddy places. Somehow, this plant stays incredibly clean even in dirty, muddy environments.
How is this possible? A close look at the structure of the lotus leaf shows that the surface is very rough. Hundreds of tiny little “teeth” make the surface jagged. Of course, they are so small, that you would not necessarily feel them with your fingers. But by looking at the leaves through a microscope, researchers can clearly see these patterns. This jagged, rough surface causes the leaves to be superhydrophobic.  That is a big word, but it sounds like it is spelled. The word super means “very much or above.” The prefix hydro means “water,” and phobic means “afraid of.” So, literally this material is “very much afraid of water.” What it really means, however, is that water does not “stick” to it. If you have ever seen a car just after it is waxed, or deck wood just after it is stained, maybe you have seen water bead up on the surface. The water gathers together in droplets or beads instead of spreading out on the surface. When this happens on the lotus plant, dirt and dust stick to the beads that easily roll off the leaves, keeping them clean without using any soap or scrubbing. Paint manufacturers have designed paint that, when it dries, mimics this structure to effectively reduce the need to wash or clean.

The field of biomimicry reminds us of just how brilliant our Creator is. 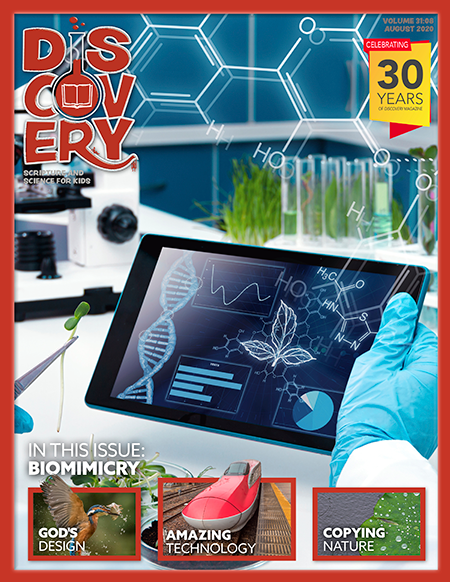 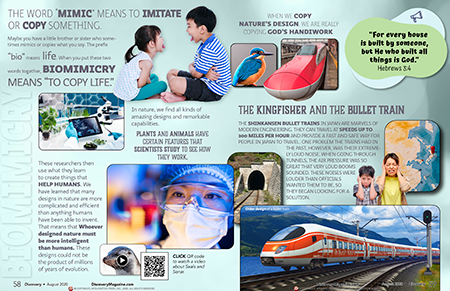 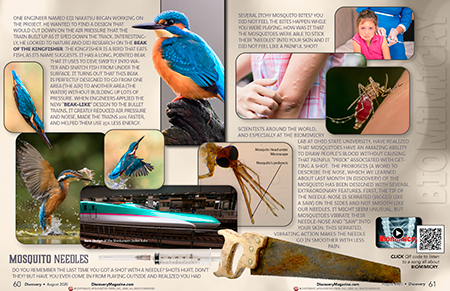 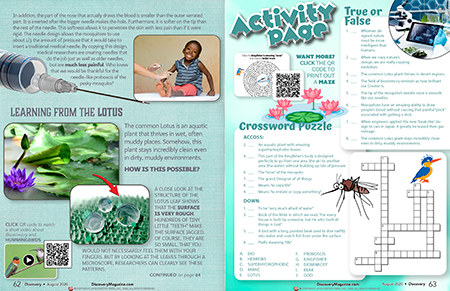 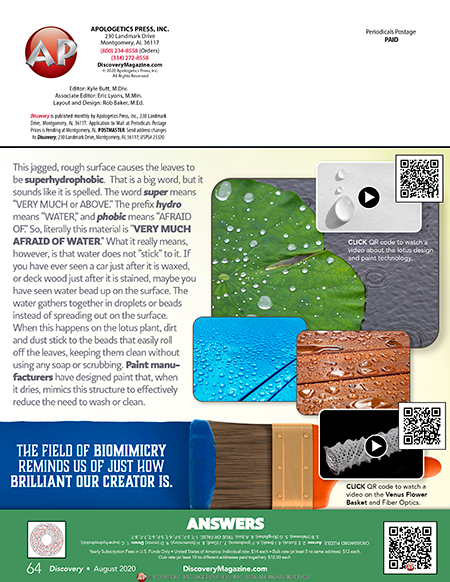 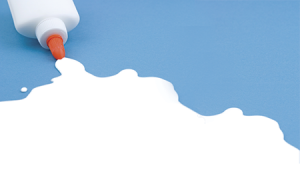