It has become increasingly popular to accept certain parts of the Bible and to reject other parts. Such amazing events as the miracle of Creation, Jonah’s being swallowed by a sea creature, and the Flood of Noah often are brushed aside as mere myth, while more “credible” things such as the teachings of Jesus are accepted as fact. Although this line of reasoning might have some initial appeal to our “enlightened” society that rejects biblical miracles off hand, it contains a major flaw. When the teachings of Jesus are analyzed, it can be shown that Jesus Himself believed and taught the Old Testament stories that some label as myth.

For instance, the story of Jonah has come under attack due to its extraordinary details. According to the Old Testament Scriptures, God’s prophet Jonah disobeyed the Lord and was swallowed by a great sea creature. For three days, he dwelt as a damp denizen of that creature’s belly, until finally he was vomited onto the land and given another chance to obey God. To certain scholars, the story of Jonah finds a place in the Scriptures, not as a factual narrative of a specific historical account, but as a myth or allegory. What did Jesus believe about the story of Jonah? His sentiments in this regard were emphatically stated.

Then certain of the scribes and Pharisees answered him, saying, Teacher, we would see a sign from thee. But he answered and said unto them, An evil and adulterous generation seeketh after a sign; and there shall no sign be given it but the sign of Jonah the prophet: for as Jonah was three days and three nights in the belly of the whale; so shall the Son of man be three days and three nights in the heart of the earth. The men of Nineveh shall stand up in the judgment with this generation, and shall condemn it: for they repented at the preaching of Jonah; and behold, a greater than Jonah is here (Matthew 12:38-41).

Another story endorsed by Christ is the formation of man and woman at the beginning of Creation. Some scholars, in an attempt to find a compromise between the Bible and organic evolution, have postulated that the Creation account of Genesis need not be taken literally, and that room can be found in Genesis to accommodate the idea that humans evolved gradually in Earth’s recent past. What did Jesus say about this idea?

During His earthly sojourn, Christ spoke explicitly regarding Creation. In Mark 10:6, for example, He declared: “But from the beginning of the creation, male and female made he them.” Note these three paramount truths: (1) The first couple was “made”; they were not biological accidents. Interestingly, the verb “made” in the Greek is in the aorist tense, implying point action, rather than progressive development (which would be characteristic of evolutionary activity). W.E. Vine made this very observation with reference to the composition of the human body in his comments on 1 Corinthians 12:18 (1951, p. 173). (2) The original pair was fashioned “male and female”; they were not initially an asexual “blob” that eventually experienced sexual diversion. (3) Adam and Eve existed “from the beginning of the creation.” The Greek word for “beginning” is arché, and is used of “absolute, denoting the beginning of the world and of its history, the beginning of creation.” The Greek word for “creation” is ktiseos, and denotes the “sum-total of what God has created” (Cremer, 1962, pp. 113,114,381, emp. in orig.). Christ certainly did not subscribe to the notion that the Earth is millions or billions of years older than humanity.

Accepting the testimony of Jesus Christ further demands that the global Flood of Noah be taken as a literal, historic event. The Lord Himself addressed the topic of the great Flood in Luke 17:26-30 (cf. Matthew 24:39) when He drew the following parallel:

The Lord depicted an impending doom that was to befall the Jews of His day who would not heed the Word of God. For the purpose of this article, however, note the context in which Jesus discussed the Flood destruction of Genesis 6-8. He placed the Flood alongside the destruction of Sodom, and He also placed it alongside the destruction of the ungodly at His Second Coming. John Whitcomb correctly noted that the word “all” must refer to the totality of people on the entire Earth in Noah’s day, and in Sodom during Lot’s time. Jesus’ argument would be weakened considerably if some of the people on the Earth, besides Noah’s family, escaped the Flood, or if certain Sodomites survived the fiery destruction sent from Heaven (1973, pp. 21-22). It is evident from the text that Jesus affirmed that the same number of ungodly sinners who escaped the Flood will be the same number of disobedient people who escape destruction at His Second Coming—none. From His remarks, one can clearly see that Jesus accepted the Genesis account of a global flood as a historical fact.

The sayings of Jesus contain numerous references to some of the Old Testament’s most extraordinary events. A person cannot consistently maintain a belief in Jesus and His teachings, while denying the details of the accounts that He endorsed as factual. The testimony of Jesus and the factual accuracy of the stories He commended stand together. 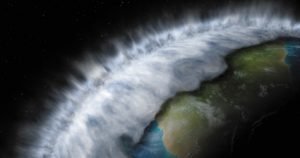 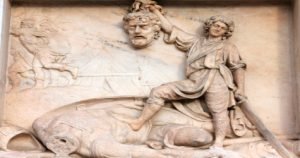