Belief in God and “Gut Feelings” 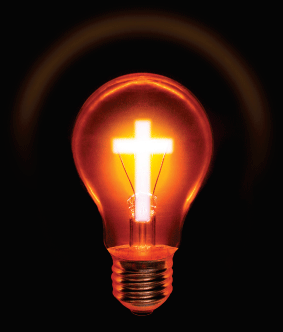 In September of this year, Stephanie Pappas wrote an article for LiveScience titled, “Belief in God Boils Down to a Gut Feeling.” In that article, she explained that researchers from Harvard University recently “discovered” that people who are more apt to trust their first intuitions are more likely to believe in God than those people who stop and reflect on those intuitions. In order to test this idea, the researchers gave participants a math test that consisted of three problems with questions such as: “A bat and a ball cost $1.10 in total. The bat costs $1 more than the ball. How much does the ball cost?” (Pappas, 2011). As Pappas explained, the intuitive answer is 10 cents, but that is wrong. Those who gave answers such as 10 cents, instead of the correct answer of 5 cents for the test were “one-and-a-half times more likely to believe in God than those who got all the answers right” (Pappas, emp. added). Using this and other test results, the researchers concluded that intuitive thinkers, or those who follow their gut feelings, are more likely to believe in God than more reflective types. David Rand, one of the researchers, stated: “It’s not that one way is better than the other. Intuitions are important and reflection is important, and you want some balance of the two. Where you are on that spectrum affects how you come out in terms of belief in God” (Pappas).

Now let us take a critical look at what is really going on with this most recent Harvard “study.” First, why do you think LiveScience is reporting on a study about belief in God? Do you think it is because the scientific community has had a sudden change of heart and now believes the concept of God to be one that can be verified scientifically? Of course not. On the contrary, this “study” is in LiveScience in an attempt to reduce belief in God to a function of a certain type of brain chemistry or thought process—and an inferior one at that. Notice that David Rand concludes that “where you are on the spectrum affects how you come out in terms of belief in God.” If it so happens that you are an intuitive thinker, then you do not really control whether you believe in God or not, it is just that your thinking is more open to the possibility. If you are a more “reflective” thinker, then there is a good chance you cannot help your lack of a belief in God; it is just the way you think. In other words, belief in God is a function of your physical chemistry (an ultimately evolution) rather than your God-given ability to rationally make a choice.

Furthermore, notice that while the researchers were quick to say that one way of thinking is not superior to the other, it was the “intuitive” thinkers who got the very simple math problems wrong, and those are the people who tend to believe in God more. Observe the implied deficiency associated with a belief in God. Those who are more likely to believe in God cannot even answer simple math problems. It should be noted that this “study” was of an extremely small group of people and had no substantial “scientific” information to add to the question about belief in God.

Unfortunately, it is true that many in the religious world erroneously believe in God due to emotions and feelings rather than reason and evidence. True biblical faith is not founded on personal feelings and emotions, instead it is based on reflection (i.e., reason and evidence, 1 Thessalonians 5:21). While the Harvard study may hint at how some people in the religious world come to belief in God, the study fails to account for those whose faith is legitimate—being based on reflection of the evidence. Further, in the same way that many believe in God based on “intuition” rather than “reflection,” a fair assessment would be to note that there are just as many people who fail to believe in God because they are unwilling to draw the conclusions that come from proper reflection of the evidence (e.g., design in the Universe, causality, etc.). An appropriate counter study to this Harvard research, which would provide a more complete picture of the truth, would be to determine how many do not believe in God because of an inherent bias against Him (due, for instance, to some event in their past or a desire to live without moral restraint) and/or because those individuals have a tendency in their lives to not draw appropriate conclusions that are warranted by the evidence (in contradiction to the Law of Rationality; Ruby, 1960, pp. 126-127).

Attempts by the atheistic scientific community to reduce belief in God to genetics, brain cells, digestion, or the color of a person’s eyes are legion—and all equally unsuccessful. The bottom line is that belief in God will never be successfully linked to any physical trait, pattern of brain cells, genetic variation, and certainly not to a method of reasoning that causes a person to miss simple math problems. On the contrary, all those who sincerely desire to use proper reasoning (Acts 26:24) to follow the truth where it leads (John 18:37), will arrive at the correct conclusion that God exists (Miller, 2011). If people do not believe in God, it is not because of their genes or their “reflective” capacities; it is because they have refused to properly assess the evidence that God has provided. Sadly, those people will be “without excuse” on the Day of Judgment (Romans 1:20).