In the summer of 1880, George H. Walser founded the town of Liberal in southwest Missouri. Named after the Liberal League in Lamar, Missouri (to which the town’s organizer belonged), Walser’s objective was “to found a town without a church, [w]here unbelievers could bring up their children without religious training,” and where Christians were not allowed (Thompson, 1895; Becker, 1895). “His idea was to build up a town that should exclusively be the home of Infidels…a town that should have neither God, Hell, Church, nor Saloon” (Brand, 1895). Some of the early inhabitants of Liberal even encouraged other infidels to move to their town by publishing an advertisement which boasted that Liberal “is the only town of its size in the United States without a priest, preacher, church, saloon, God, Jesus, hell or devil” (Keller, 1885, p. 5). Walser and his “freethinking” associates were openly optimistic about their new town. Excitement was in the air, and atheism was at its core. They believed that their godless town of “sober, trustworthy and industrious” individuals would thrive for years on end. But, as one young resident of that town, Bessie Thompson, wrote about Liberal in 1895, “…like all other unworthy causes, it had its day and passed away.” Bessie did not mean that the actual town of Liberal ceased to exist, but that the idea of having a “good, godless” city is a contradiction in terms. A town built upon “trustworthy” atheistic ideals eventually will reek of the rotten, immoral fruits of infidelity. Such fruits were witnessed and reported firsthand by Clark Braden in 1885.

Braden was an experienced preacher, debater, and author. In his lifetime, he presented more than 3,000 lectures, and held more than 130 regular debates—eighteen of which were with the Mormons (Carpenter, 1909, pp. 324-325). In 1872, Braden even challenged the renowned agnostic Robert Ingersoll to debate, to which Ingersoll reportedly responded, “I am not such a fool as to debate. He would wear me out” (Haynes, 1915, pp. 481-482). Although Braden was despised by some, his skills in writing and public speaking were widely known and acknowledged. In February 1885, Clark Braden introduced himself to the townspeople of Liberal (Keller, 1885, p. 5; Moore, 1963, p. 38), and soon thereafter he wrote about what he had seen.

In an article that appeared in the St. Louis Post-Dispatch on May 2, 1885, titled “An Infidel Experiment,” Braden reported the following.

The boast about the sobriety of the town is false. But few of the infidels are total abstainers. Liquor can be obtained at three different places in this town of 300 inhabitants. More drunken infidels can be seen in a year in Liberal than drunken Christians among one hundred times as many church members during the same time. Swearing is the common form of speech in Liberal, and nearly every inhabitant, old and young, swears habitually. Girls and boys swear on the streets, playground, and at home. Fully half of the females will swear, and a large number swear habitually…. Lack of reverence for parents and of obedience to them is the rule. There are more grass widows, grass widowers and people living together, who have former companions living, than in any other town of ten times the population…. A good portion of the few books that are read are of the class that decency keeps under lock and key….

These infidels…can spend for dances and shows ten times as much as they spend on their liberalism. These dances are corrupting the youth of the surrounding country with infidelity and immorality. There is no lack of loose women at these dances.

Since Liberal was started there has not been an average of one birth per year of infidel parents. Feticide is universal. The physicians of the place say that a large portion of their practice has been trying to save females from consequences of feticide. In no town is slander more prevalent, or the charges more vile. If one were to accept what the inhabitants say of each other, he would conclude that there is a hell, including all Liberal, and that its inhabitants are the devils (as quoted in Keller, 1885, p. 5).

According to Braden, “[s]uch are the facts concerning this infidel paradise…. Every one who has visited Liberal, and knows the facts, knows that such is the case” (p. 5).

As one can imagine, Braden’s comments did not sit well with some of the townspeople of Liberal. In fact, a few days after Braden’s observations appeared in the St. Louis Post-Dispatch, he was arrested for criminal libel and tried on May 18, 1885. According to Braden, “After the prosecution had presented their evidence, the case was submitted to the jury without any rebutting evidence by the defence (sic), and the jury speedily brought in a verdict of ‘No cause for action’ ” (as quoted in Mouton, n.d., pp. 36-37). Unfortunately for Braden, however, the controversy was not over. On the following day (May 19, 1885), a civil suit was filed by one of the townsmen—S.C. Thayer, a hotel operator in Liberal. The petition for damages of $25,000 alleged that Clark Braden and the St. Louis Post-Dispatch published an article in which they had made false, malicious, and libelous statements against the National Hotel in Liberal, managed by Mr. Thayer. He claimed that Braden’s remarks, published in the St. Louise Post-Dispatch on May 2, 1885, “greatly and irreparably injured and ruined” his business (Thayer v. Braden). However, when the prosecution learned that the defense was thoroughly prepared to prove that Liberal was a den of infamy, and that its hotels were little more than houses of prostitution, the suit was dismissed on September 17, 1886 by the plaintiff at his own cost (Thayer v. Braden). Braden was exonerated in everything he had written. Indeed, the details Braden originally reported about Liberal, Missouri, on May 2, 1885 were found to be completely factual.

It took only a few short years for Liberal’s unattractiveness and inconsistency to be exposed. People cannot exclude God from the equation, and expect to remain a “sober, trustworthy” town. Godlessness equals unruliness, which in turn makes a repugnant, immoral people. The town of Liberal was a failure. Only five years after its establishment, Braden indicated that “[n]ine-tenths of those now in town would leave if they could sell their property. More property has been lost by locating in the town than has been made in it…. Hundreds have been deceived and injured and ruined financially” (Keller, p. 5). Apparently, “doing business with the devil” did not pay the kind of dividends George Walser (the town’s founder) and the early inhabitants of Liberal desired. It appears that even committed atheists found living in Liberal in the early days intolerable. Truly, as has been observed in the past, “An infidel surrounded by Christians may spout his infidelity and be able to endure it, but a whole town of atheists is too horrible to contemplate.” It is one thing to espouse a desire to live in a place where there is no God, but it is an entirely different thing for such a place actually to exist. For it to become a reality is more than the atheist can handle. Adolf Hitler took atheism to its logical conclusion in Nazi Germany, and created a world that even most atheists detested. Although atheists want no part of living according to the standards set out by Jesus and His apostles in the New Testament, the real fruits of evolutionary atheism also are too horrible for them to contemplate. 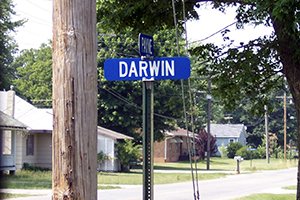 Although the town of Liberal still exists today (with a population of about 800 people), and although vestiges of its atheistic heritage are readily apparent, it is not the same town it was in 1895. At present, at least seven religious groups associated with Christianity exist within this city that once banned Christianity and all that it represents. Numerous other churches meet in the surrounding areas. According to one of the religious leaders in the town, “a survey of Liberal recently indicated that 50% of the people are actively involved with some church” (Abbott, 2003)—a far cry from where Liberal began.

There is no doubt that the moral, legal, and educational systems of Liberal, Missouri, in the twenty-first century are the fruits of biblical teaching, not atheism. When Christianity and all of the ideals that the New Testament teaches are effectively put into action, people will value human life, honor their parents, respect their neighbors, and live within the moral guidelines given by God in the Bible. A city comprised of faithful Christians would be mostly void of such horrors as sexually transmitted diseases, murder, drunken fathers who beat their wives and children, drunk drivers who turn automobiles into lethal weapons, and heartache caused by such things as divorce, adultery, and covetousness. (Only those who broke God’s commandments intended for man’s benefit would cause undesirable fruit to be reaped.)

On the other hand, when atheism and all of its tenets are taken to their logical conclusion, people will reap some of the same miserable fruit once harvested by the early citizens of Liberal, Missouri (and sadly, some of the same fruit being reaped by many cities in the world today). Men and women will attempt to cover up sexual sins by aborting babies, children will disrespect their parents, students will “run wild” at home and in school because of the lack of discipline, and “sexual freedom” (which leads to sexually transmitted diseases) will be valued, whereas human life will be devalued. Such are the fruits of atheism: a society in which everyone does that which is right in his own eyes (Judges 17:6)—a society in which no sensible person wants to live. 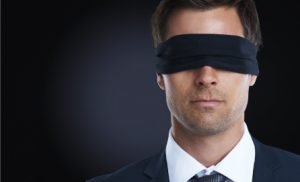 “Unlike Naturalists, You Creationists Have a Blind Faith” 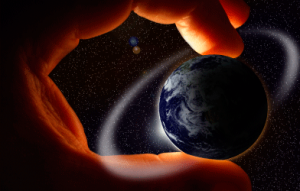