Are You Working Hard, or Hardly Working?

I once spoke with a 33-year-old man who confessed that he had lived a lazy life. He admitted that he had never had a real job. In fact, he had never even filled out a single job application. He had begged, borrowed, stole, and sold drugs to get by day after day, year after year. Sadly (but not surprisingly), this man is now in prison after committing armed robbery.

The fact is, many people willfully choose to live lazy lives. They seem to work harder at getting out of work, or at finding ways for others to take care of them, than actually performing meaningful tasks. I once heard a group of unmarried, young mothers argue that they deserved to be taken care of financially by the federal government. Because they had chosen to commit sexual immorality and have children out of wedlock, they thought that they should not have to work to support themselves or their children. Instead, they felt like it was only right for the government to pay them to stay home with their children. 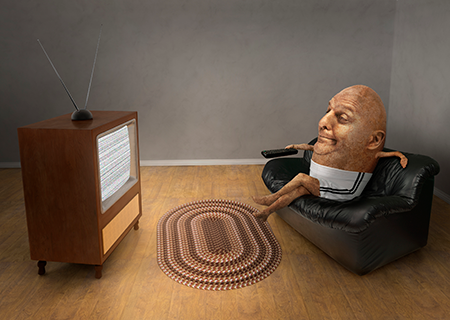 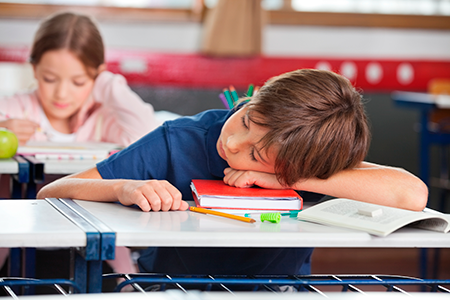 Proverbs 21:25-26 says: “The desire of the lazy man kills him, for his hands refuse to labor. He covets greedily all day long, but the righteous gives and does not spare.” The Bible certainly teaches us to help those in need (Proverbs 28:27; Ephesians 4:28; Luke 3:11). Jesus expects His faithful followers to help those who lack food, clothing, health, and shelter. Notice, however, that Jesus’ powerful teaching in Matthew 25:34-46 regarding helping the needy was taught following a story about a “lazyservant” who was cast into outer darkness for his unprofitable slothfulness (Matthew 25:26,30). Perfectly healthy people who are more than able to work, but refuse to do so, should not be assisted in their lazy lives. (Otherwise, they will have no practical reason to stop being lazy.) 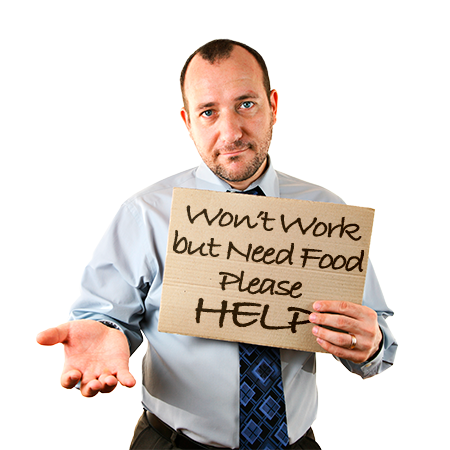 The same apostle who reminded the Ephesian elders of Jesus’ statement, “It is more blessed to give than to receive,” wrote to the church of the Thessalonians, saying, “If anyone will not work, neither shall he eat. For we hear that there are some who walk among you in a disorderly manner, not working at all, but are busybodies. Now those who are such we command and exhort through our Lord Jesus Christ that they work in quietness and eat their own bread” (2 Thessalonians 3:10-12). Paul also wrote: “Let him who stole steal no longer, but rather let him labor, working with his hands what is good, that he may have something to give him who has need” (Ephesians 4:28).

Ask yourself this: Do you deserve straight A’s in school simply because you are enrolled in a school? Not at all. If you don’t do your schoolwork you will (and should) fail. Why? Because laziness is a sin and should not be rewarded. Does a person deserve a paycheck simply because he or she declares to be an employee of a company but never actually works? Of course not.

I remember going to pick purple hull peas with my grandfather and my brother when I was about seven years old. When we finished picking the peas, we went back to my grandfather’s house. He graciously gave each of us some money for our efforts. However, when I saw that my brother received more money than me, I got mad. I thought to myself: “Hey, that’s not fair.” Then, as if my grandfather could read my mind, he said: “Andy, since you worked harder and longer than Eric, I gave you more money.” Was my grandfather a kind man? Yes. Was he right to give my brother more money than me? Indeed. Was it a hard lesson for a seven year old to learn? Yes, but I learned it and never forgot it.

Ecclesiastes 9:10 says, “Whatever your hand finds to do, do it with your might.” In Colossians 3:23-24, Paul wrote: “And whatever you do, do it heartily, as to the Lord and not to men, knowing that from the Lord you will receive the reward of inheritance; for you serve the Lord Christ.” The fact is, whether we are working in the fields picking peas, or whether we are working on a writing assignment for school, whatever our hands find to do, we should work hard, do a good job, and be thankful to God for our healthy minds and bodies that are capable of working hard.