Are You a Difference-Maker?

As 12-year-old Jackson Dean sat in his sixth-grade classroom studying about fossils, he decided (on his own) to speak to his teacher about inviting someone from Apologetics Press to lecture to the class about evolution, fossils, dinosaurs, and Creation. With his teacher’s permission, Jackson then personally approached us with the invitation to come to his public school and speak to all 120 sixth graders in the school library.

For a solid hour the students sat and soaked up scientifically and biblically accurate material that is nowhere to be found in their textbooks. They learned about dinosaur “fossils” that are not completely fossilized (e.g., Lyons, 2007a; Lyons, 2009). They learned about several evolutionary teachings regarding fossils that have been disproven (e.g., Lyons, 2007b). They heard and saw evidence regarding the biblical accounts of Creation and the Flood that is in complete harmony with what true science tells us about dinosaurs and fossils (see Lyons and Butt, 2008), but in disharmony with what they often hear in the media. These well-behaved students listened, learned, and asked a number of relevant questions. 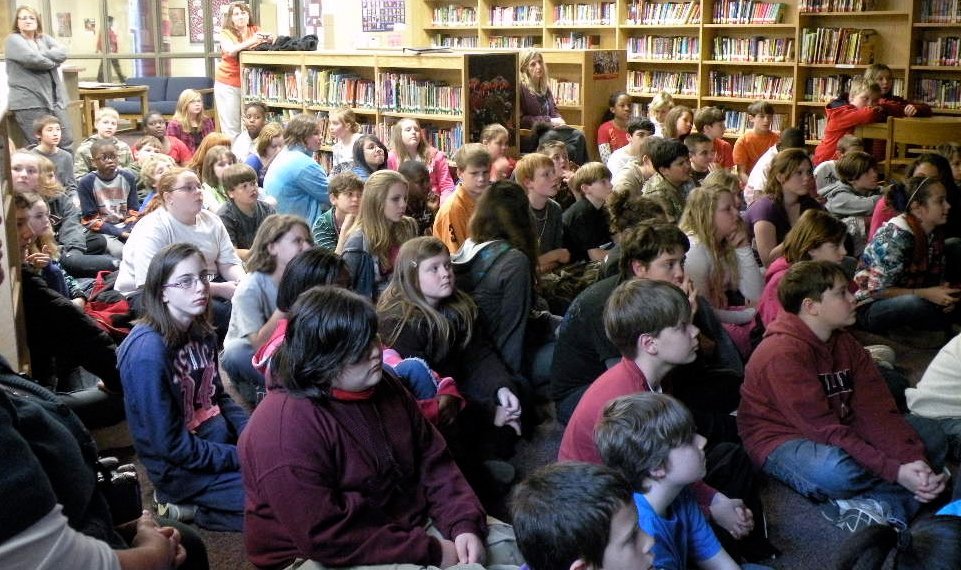 God not only used a 6th grader and his receptive teacher to open the door for Creation to be pondered in a public school, but he also used two members of the Lord’s church (Apologetics Press supporters) to fund the effort to give away a copy of Discovery magazine and our 180-page hardback book Truth Be Told: Exposing the Myth of Evolution to every student and teacher present at the lecture. According to one teacher (who indicated that in the future she is going to use resources from Apologetics Press, including the A.P. Web site, as part of her science curriculum), students were so excited that “they grabbed the books to read as soon as we got back to the room.”

*NOTE: There are many virtuous ways to make a difference in this life. One of those is by supporting the work being done for the Lord by various brotherhood organizations, including Apologetics Press. Have you considered helping us in this work?