Antarctica and the Arctic-Not Always Icy

Today, Antarctica is covered by roughly seven million cubic miles of ice, which represents 90% of all the ice on Earth. Scientists believe that the continental ice sheet at the South Pole is about 9,000 feet thick. What’s more, the average temperature at the South Pole is nearly minus 50 degrees Celsius. The Arctic isn’t much warmer, with an average winter temperature of minus 40 degrees Celsius.

Interestingly, neither Antarctica nor the Arctic has always been the frigid, icy areas that they are today. Scientists know that the South Pole was once warm and green. Thousands of years ago, its climate was almost sub-tropical—more like that of the central part of the United States. The fossil record indicates that in the past, Antarctica was lush with ferns, flowering plants, and conifer trees, and was the home of at least six different kinds of dinosaurs.

The Arctic was equally as sub-tropical. The fossil record indicates that freshwater ferns once thrived in the Arctic Ocean, while breadfruit trees, which today flourish in warm places like Hawaii, once grew in Greenland (inside the Arctic Circle). Even climate sensitive turtles and crocodile-like creatures once lived in the Arctic.

The fact is, our planet has gone through various stages of warming and cooling throughout its history. At one time, ice covered more of the Earth than at present; at another time, even the Earth’s Arctic and Antarctic regions were virtually ice-free.

We do not know for certain what caused the Earth to be warmer or cooler in the past (surely the affects of Noah’s Flood played a major role). What we do know is that our forefathers have been on the Earth “from the foundation of the world” (Luke 11:50-51; Genesis 1-2). They survived times when the Earth was cooler, as well as when the Earth was warmer. Our presence on Earth in the 21st century is simply more evidence that God ultimately is in control, and man will continue the cycle of life on Earth until our Creator returns (2 Peter 3:10-13). 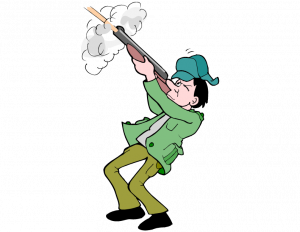